Call me crazy, but I love my mother. This may sound strange coming from a teenager, due to the stereotype of the bratty, rebellious kid versus the overprotective mother who never cease to yell at each other. Sure, we disagree on many things, but who doesn’t? However, I’m sure that at the end of the day, we all love our mothers, just as I do. And here are just a few reasons why.

She gave birth to me.

It sounds ridiculous, but think about it - it’s not easy. Heck, the woman shot out three kids in four years; you have to give her credit for that. But I love her for all the pain and sickness she went through for nine months, and goodness knows how many hours of labor she experienced seven days after her due date, all of which brought me to her. Boy, wasn’t she lucky?

She is such a teacher.

While other kids were throwing things at each other or pulling each others’ hair during play time, I was reading Chicka Chicka Boom Boom. Instead of being the bully or the kid who ate glue, I was the little girl who corrected people’s grammar and used big words.

I credit my mother for my early childhood nerdiness. She’s been a teacher for over 25 years, which never fails to show. She wears what my sister and I call “teacher clothes” (you know, the jean vests with “ABC, 123” on them) and always takes the opportunity to find some educational fact in every conversation. My sister and I could be talking about what we want to order at Starbucks and she’ll come up with, “Did you know that coffee beans are actually white and soft when they’re picked and only darken when they’re roasted?”

Yes, my mother is a natural teacher and the source of my geekish childhood, but she has taught me the importance of education, for which I am extremely grateful. I was never paid or even rewarded for grades, yet something about her always made me want to do well in school.

She provided but never gave too much.

I think the way parents treat their children from the beginning affects whom that child will become and how they will handle life. If everything is given to them on a silver platter, they will possibly never appreciate what they have. Of course, as a child, I got everything I needed and every so often something I wanted, but I had to work hard for what I really wanted. This not only taught me the value of hard work, but also helped me handle rejection.

She taught me never to give up on my dreams.

Last summer, I mentioned to my mom about applying to NYU to see if I could fulfill my dream of going there to study theater. I was pleasantly surprised when she looked at me and said, “Yeah, that’s a great idea. If you never try, you’ll never know.” It was small, but it showed her faith in me.

She is my number-one fan.

I’ve spent the past 17 years changing activities, quitting some and then starting again. My mom has been with me through each and every change. It would be a lie to say she never missed a game or performance, but she came pretty darn close. She was never the over-zealous parent who pressured her kids into things. Instead, she was one who would pretend she knew what was going on and give the occasional “Wooooooo” when a basket was scored, especially if it were by her daughter (which it usually wasn’t). She was the mom who came to every dance competition even if it meant spending her Saturday sitting on hard bleachers watching drill routines. She was the mom who made it to seven out of eight shows of her son and daughter’s performances in “West Side Story.” Not many can listen to the song “I Feel Pretty” for seven nights in a row!

So yes, call me crazy - I’m 17 years old and I get along with my mother. She may not know it, but I love her. I love the random facts that nobody cares about. I love her grammar corrections and her teacher clothes. I love that she will take time out of her day to watch her daughter perform. Most of all, I love everything she has taught me about life, and I especially love that my mother did not teach me to do good, she taught me to do well.c 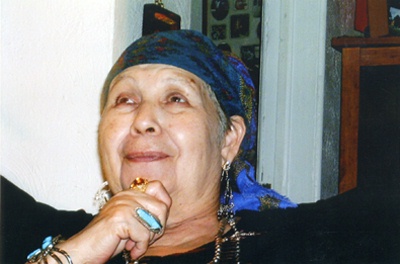