I stood in front of the mirror, my knees weak. To steady my shaking hands, Ipressed my palms against the countertop. I avoided my own reflection, closed mywatery eyes, and reminded myself to breathe. In my mind, I retraced the steps Ihad taken to get where I was - standing in the bathroom of a grimy two-roomapartment, clutching a pair of scissors.

I'll never forget how it had felt to leave our home. Bidding farewell tomy relatives and friends, I'd climbed into the minivan and prepared for realityto sink in. I was leaving Schaumburg, for good, for the first time in my life. Toavoid thinking, or talking to my parents, I slept for most of the ride. Betweennaps, I practiced the art of the silent treatment, hoping it would earn me aone-way ticket back home. Solitude got old fast. It was during our pit stop atthe "World's Largest Ketchup Bottle" exhibit that I realized how much Ineeded my family if I were going to survive as a Texan.

The high pointsof the road trip were the car games I played with my seven-year-old brother."Twenty Questions" was a favorite, as were "Count the Pick-upTrucks" and "I Spy." Personally, I preferred a game that involvedspinning the radio dial and predicting whether or not the resulting station wouldbe playing a country song. The deeper into Texas we drove, the more the oddsrested on hearing Garth Brooks, Patsy Cline or George Strait belting out a tune.When I heard my brother exclaim, "I spy a tumble weed!" or "I spya Confederate flag," I knew we were close.

We arrived in Rockwall onthe Fourth of July. Naturally, we were greeted by a summer of record heat,relentless drought, and the most substantial cricket infestation ever. Because ofthe insects, the light-colored brick store walls seemed black. I was assured bylocals that the crickets symbolized good luck, fortune and hope for the future.Looking back, I have my doubts.

The foundation of our brand-new dream homehad yet to be laid, so we leased an apartment. Our temporary housing was a storyin itself. The landlord (Mr. Personality, as I called him) had forgotten tofumigate and furnish our humble abode. At one point, we had no washer, dryer,beds, couch or chairs, but plenty of creeping and crawling roommates. Soon, bothtoilets broke and the electricity failed. It seemed that every few days, thepolice force's Department had business to tend to in our complex. Once, mysurprisingly courageous parents broke up a heated domestic dispute between thetenants above us. After a few weeks, I miraculously adapted and became one withthe slum.

Within no time, we started to go through the motions. Weregistered for school, and my mom signed up for the PTA. We went out to lunchwith my dad's secretary to celebrate his

promotion, and decorated hisbrand-new corner office with a view. We even had a family visit with our newdoctor: I got my school physical, my brother got a booster shot, my mom receiveda prescription for her migraines, and my dad described his feeling of fatigue,which he had thought was stress from the move. Only one of us, the leastsuspicious, turned out to be a cause for concern. The following day, my dad wentin for more tests.

We casually awaited the results of my dad's blood test,but gave up around eight o'clock. The phone finally rang at midnight, much toolate for a doctor to call. My mom hung up the phone, and my brother and I weredirected to our room. We waited patiently for what seemed like an eternity. Ourworries were drowned out by the sound of the cricket chorus outside our window.My mom finally returned, an unfamiliar look on her face. She sat on the corner ofmy mattress.

"According to the blood tests, Dad has more than avirus," my mom told me, with quivering lips, her teary eyes pleading forsupport. "He has cancer."

In the past, I had heard the dreaded"C" word, but it had always seemed so distant. That day, I had adifferent outlook, a much closer perspective.

After the initial panic woreoff, I simply saw cancer as my dad's next big mountain to climb. A 14-year-oldDaddy's girl, I knew my father was the only suitable candidate to combat such adisease. Throughout my childhood, I'd seen him accomplish incredible feats. Withhis degree in chemistry, he was able to turn water pink, crush solid rocks, andmake my hair stand straight up. I now know the science behind his abilities, butback then, it was magic.

My dad was also a dedicated athlete. I saw himrun three marathons in Chicago, one of which he ran with shin splints, refusingthe doctor's recommendation to sit it out. Though he collapsed immediately aftercrossing the finish line, he did not walk so much as a foot of the 26.2 milerace.

My dad checked into the Baylor University Medical Center, where hewould stay for two four-week rounds of chemotherapy. The facilities are etched inmy mind, with their sterile white hallways and stale air that smelled of ofair-freshener and antiseptic. The sound of ventilators and heart monitors joinedthe chirps of the cancer ward crickets.

Dr. Holmes, the faithfuloncologist, answered our endless questions and alleviated many of ourconcerns.

"You are lucky, Mr. Kehoe. You are young, and have anextremely curable type of leukemia. We are going to do everything we can for you.Granted, the treatment we can provide will have side-effects, such as hair loss,weight loss and mild discomfort. Your overall chances, however, lookoutstanding."

I heard only one word: "chances."

Mydad, on the other hand, heard two words: "hair" and "loss."

"Doctor or not, you must be mistaken. Maybe you haven't heard, but Ijust don't do bald," my dad stated confidently, smiling.

I had never noticed a single insecurity in my father. To see him soupset about losing his hair tugged at my heart.

As soon as Mom spread thenews, cards and letters poured in from all over. Friends and family inquired,desperately, "What can we do?"

My dad had three modest requests.Most important, he wanted his room converted into an office so that he couldcontinue to work during his hospital stay. When everything was transported,including a potted desk plant and framed motivational posters, the nursesdeclared that they had never seen such an inspiring sight as Room 624.

Mydad also asked for Zagnut bars, an fairly obscure kind of candy, which I am surehe wanted simply for the search necessary to track them down. Finally, he askedpeople to send as many baseball caps as money could buy. Within two weeks, myfamily was receiving packages from all over the nation. We ended up with fivecases of Zagnut bars, and boxes of hats.

The gestures were incredible,but not unbeatable. I wanted to do something special, something to symbolize thatI was there for my dad the same way he had been there for me. I could notremember him ever missing a basketball game or swim meet, and I never saw him sitanywhere but the first row. He read me to sleep for the greater part of mychildhood, took me ice-skating every Friday night for as long as I couldremember, and dressed up like a nun to play school so that I could memorize myspelling words. The list goes on forever. He was my biggest fan, and I had cometo realize I was his. When I walked into the hospital the next day, I wanted togive him a different kind of support.

Sothere I stood, in front of the mirror. It was then or never. Hair is just hair.It is neither heart nor soul. I smiled, picked up a long, blond chunk and beganto cut. I gained momentum with each lock, and soon, choppy pieces of blondnesscovered the bathroom floor. It had always been that wherever my dad went, Itagged along. Thus, we went bald together. 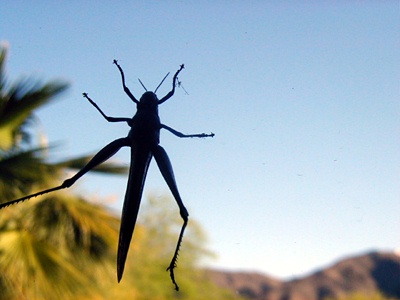