Stephanie Weber Biron is a Canadian cinematographer and director. She has worked for independent film companies, as well as companies such as Warner Bros., and has worked alongside big-name actors like Meryl Streep and Forest Whitaker. She founded her own production company, daDA, in 2006. She has since worked as not only the cinematographer and director, but also the producer, for a dozen short films and music videos.

One of her most recent projects is working alongside Georgie Henley (The Chronicles of Narnia) and Abigail Breslin (Little Miss Sunshine, New Year's Eve) on Perfect Sisters.

I was recently given the opportunity to interview Ms. Biron for Teen Ink.

Rachel- What is the job of a cinematographer?

Stephanie Weber Biron- Well, a cinematographer is in charge of the lighting design on film or television productions. Depending on the production, [we] sometimes also are the person operating the camera. Or if not, you also get a word to say about the framing.

RH- I hear you are also a director; what is the biggest difference between the two jobs?

SWB- The director’s main responsibility is to direct the actors. But basically, you’re also directing the whole crew when you’re a director, ‘cause you’re supposed to be in charge of the overall vision of the project. So [you’re] kind of like a captain of a ship.

But when you’re a cinematographer, it’s more specific. You’re really thinking about the images, the visual approach, the lighting and camera approach. It’s an important job, but it’s a more specific branch than when you’re the director.

RH- Which job do you prefer?

SWB- I do not have a preference 'cause they're completely different jobs. Definitely I've had a passion for photography and image [since an early age]. But I also like working with actors. So, yeah, I can't say I have a preference, really. I just hope to be able to keep doing both. {laughs}

RH- How is the progress on Perfect Sisters going?

SWB- I recently was in contact with the director and I know that they have a rough cut. They're going to keep working on the edit to fine tune it. So that's where they are.

RH- How will you be helping in the last few stages?

SWB- The color timing part, when we go into the film lab and we'll adjust all the shots, all the images in terms of contrast and color. So, yeah, that's the last part of my job on the film as cinematographer.

RH- What can you tell us about Perfect Sisters?

SWB- What I can tell you is that I was blown away by the actor's performances. Abigail Breslin and Georgie Henley gave really poignant performances and so did all of the supporting cast; I mean it wasn't just the supporting cast, but also, like, Mira Sorvino, who was playing their mother and James Russo, who was playing their step-father. [They were a] really strong cast! So, [Perfect Sisters] has the potential of being a really good film.

It's a very troubling, traumatic story. It's based on a true story that happened, I'm pretty sure, in Ontario in 2005. So it's kind of a disturbing story, but at the same time a riveting one.

I can't wait to see how it's gonna all come together, because it's hard to tell when you're on a shoot. I know some scenes are good and are dramatic, and you can be moved by the performance of the actors, but it's really hard to know how the film's gonna end up. A lot of it depends on the editing, actually. So it'll be interesting to see how it all comes together.

RH- What was it like working with Georgie and Abigail?

SWB- It was really, really great! They're both super professional, super sweet. Georgie wrote me the sweetest card at the end of the shoot.

It was fun to see them work together because they really developed a camaraderie; you could easily be fooled that they were real sisters. (They were playing sisters in the movie.) But even between takes, just to see them interact, you could really see that they built some intimate relationship that really transpired on the screen. So, it was great!

At first, when I first found out that Abigail and Georgie were going to play the two sisters, I was curious as to how that was going work, since Georgie is British and Abigail is American. I was wondering if they were gonna pull it off, [if it] was going to feel realistic that they were sisters, but it totally did!

Beyond that, they were just very moving to watch, especially in the dramatic scenes. They were so convincing! {laughs} It sometimes gave you chills!

RH- Now had you seen the Narnia films before meeting Georgie?

SWB- I've never seen the Narnia movies! I only saw the trailers for one or two of them. That's all I've seen! I've been meaning to watch [them] actually now that I've worked with [Georgie] and met her. I'm really curious to see her perform in those films, too.

RH- Well, obviously you've heard her British accent while on set with her, what was your reaction to her Canadian accent while filming?

SWB- I know it was one of the things that was a, how do you say, it was something that she had to work on. She had a language coach there with her. But [Georgie] did a really good job!

There was one little funny anecdote that I can tell you that happened. On the first day of shooting, the director, Stan, thought it would be a funny joke to play on Georgie to get all the other cast members in that very first scene that we shot to all speak with a British accent to surprise her; without telling Georgie, obviously. So that was very funny for the take we did there. {laughs} It took her a while to catch on, because she was just concentrating on acting and then everyone is speaking to her with their best British accents! It was really funny!

But, yes, Georgie did a really good job! Obviously some words were harder for her. It was always a challenge. But I think she did a good job.

RH- Now you mentioned earlier that there are two types of cinematographers; which one was your job description for the film?

On some movies, you'll have a cinematographer that only does the lighting design and works with the camera operator in determining what kind of framing [to use for a shot]. Definitely the cinematographer always is involved [with] the camera to a certain extent.

Except for, of course, there's certain scenes where we had two cameras, so I was doing one and another camera operator is doing the second camera for the scene.

RH- Was there a specific director or film that influenced the filming style for Perfect Sisters?

SWB- Not really specifically. Though, for sure, Stan Brooks, the director, and I talked about many movies when we were figuring out what kind of approach we wanted to take. So there are many little clips or specific images from a variety of movies that played an important role in terms of inspiration. But it's not, like, one movie, so it would be a long list. {laughs} For example, there might be a specific visual effect that was inspired by a movie called The Limey; but it's just one specific sequence. Then other sequences we didn't have such specific references. It was just talking in a more general way about about what kind of visual approach we were going for.

So the Limey is one, but it's really one of many very different influences.

SWB- I recently finished shooting a Canadian film in Nova Scotia called Bye Bye Blackbird. It should be coming out in [soon]. It's starring this really talented young actor called Connor Jessup. Connor is currently involved in a series called Falling Skies, which is a Steven Spielberg television series.

Connor is the main actor in Bye Bye Blackbird. (He did an awesome job.) It's a film written and directed by Jason Buxton, who's a TV/film maker. It's his first feature film.

But with a bit of luck, what I've been told recently, I should be working on some other really interesting projects this year.

RH- What advice do you have for aspiring directors and cinematographers?

SWB- I have a few different pieces of advice:

One is to work really hard and not get discouraged easily. Because that often makes a difference between who makes it and who doesn't make it in this business. When I say work really hard, often that means that when you start out, you have to work on whatever you can get your hands on. Often that means working for free on a lot of little films, then eventually working for a little bit of money; you just work your way up that way.

My other piece of advice is just to watch a lot of films. That's a great way to learn. Not just films! You can get your inspiration from a lot of different things. You have to live a little and go see different kinds of art and listen to music. Get inspired by the whole art world and the whole world around you, too. 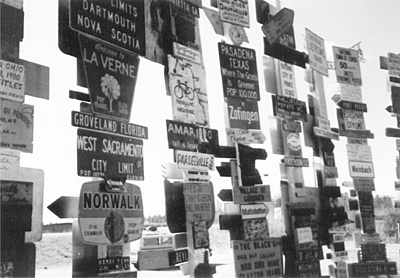