You started playing the trumpet when you were eight. What drew you to it?

Well, my whole family’s pretty musical. My brother, Mike, was a great trumpet player, a child prodigy. My dad is a terrific trumpet player and my mom’s father was a professional trumpet player. Trumpet was sort of in the family. I started playing it when I was young and because Mike was so good, I was constantly compared to him.

When I was 12, I got braces, which made playing different than before. I got interested in the guitar at that time, which was when the Beatles were emerging. The guitar became more than an instrument: it became an iconic figure in the youth movement around the world.

What is a little odd about my situation is that most kids get into the guitar because of rock and roll, and I certainly was interested in the Beatles, but within a week or two I found I could not only rebel against my parents by playing the electric guitar but also against all my friends by playing jazz. Where I lived, people had no idea about jazz. I became completely immersed in its language. When I got out of high school, I was playing in Kansas City with great musicians, which is really how I learned to play.

Was it difficult to get into the jazz scene? Were you taken seriously?

There is no real way to describe it except that I was lucky. There were no real guitar players around Kansas City at that time so I got a lot of gigs by default. Had there been an older guy who was great, I would not have had those opportunities.

Looking back, I think a lot of older musicians took an interest in me because I showed ability. I could play but at the same time it was a novelty because I was so young. I know when I see someone who is young and can play, I say to myself, I want to help that guy. And I was a beneficiary of that attitude.

You have such a unique style. What equipment do you use to get your sound? Did it take a long time to find it?

I’ve gone through different thinking about that. Certainly there were years when I was really concerned about the string, the pick, the guitar, until I realized that those are minor elements.

It’s like asking a guy who just built a house, “Which hammer did you use? Was that a Gibson or a Fender hammer?” The truth is it really doesn’t matter. In my case, I would say 98% of it is conceptual.

This was brought home when I was on tour in the former Soviet Union in the 1980s. I wanted to have my own stuff, my amp, my everything. Then I was thrown into a situation where I had to play on a stage in front of lots of people with a beat-up guitar and an old amp.

That night I went back to my room and there I was playing on TV and I realized it sounded the same. It really doesn’t have to do with the stuff, it is more about the conceptual part of music.

What is your best memory of high school?

Being from a very small town in Missouri, I was a complete jazz freak. I think anybody who is going to become fluent in the language of jazz has to spend five years of total immersion, which for me started at 14.

In any high school, anybody who is outside of mainstream culture is going to be of note to their peers. I was in a place where people cared about football and 4-H, but I was listening to Coltrane and Miles Davis, musicians absolutely from outer space to virtually everyone else. I was off playing in Kansas City most nights with people in their 30s and 40s. I was living in an adult world. I was probably a mystery to everybody there.

Do you have an overall theme in your projects?

Well, to me, one of the things jazz is especially good at is reflecting a moment through the prism of one’s individuality that’s manifested in sound. I feel my job is to illuminate what I’ve found to be true, which can be found in sound, melody, and an idea about orchestration.

I am always trying to keep my radar up to reconcile what I hear in my head with the world around me. To me jazz is at its best when it takes what is going on in culture and reflects the sophistication necessary to jazz. The thing I think is common in all my work is to try to reflect what I find in the world.

How did you come across your famous 42-string Pikasso guitar?

Guitar in general is an instrument that has a wide range. It can be played on the street or in Madison Square Garden. I have tried to push the guitar into the forefront by using the instrument to do everything it does naturally and also what has not been explored.

In my case, it spilled into the area of invention. I tried to develop instruments that had never existed; the 42-string Pikasso guitar is one of them. It took a number of years to develop; from an engineering point, it is very difficult to have that much tension on a piece of wood without it exploding. Once I had it, I thought of different ways to approach it. It is beautiful. I grow into what it can be in two different elements: one is a module way, the other is a more dramatic way.

Do you have a message for young musicians?

Always try to be the worst guy in any band you’re in, because that is how you learn. That is what makes you stronger. When I see talented players surround themselves with people who are worse than they are, I get concerned. Being a musician is a privilege, whether or not you are a professional.

Music is one of those rare areas in life that for every hour you spend on it, you are going to get a hundred hours in return. You are going to have insight into nature, into life, into sound, and so many things that music is great at teaching. I really do feel that as I’ve become a better musician I have realized that the things that I’ve learned from music apply to everything else, too. 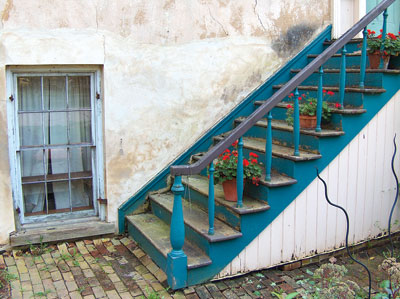 Favorite Quote:
If you dont risk anything you risk even more.