What do you get when you mix pop, metal, punk, and a female voice that is soft and sweet, yet hard enough to kick some butt? Sacramento’s very own Panik! With dark, fun, yet twisted music by Brandon on guitar and Brian on bass, and the seductive voice of vocalist Dana, Panik, formed in 2001, brings you into their world of “Psycho-pop” on their debut album “Don’t. ”

How did you come up with the name Panik?

Brandon: When we decided to change our name, we all offered a bunch of suggestions. Some were pretty good, some pretty horrible. Panik was the one we were able to agree on. We spelled it with a “K” so we wouldn’t be confused with any other bands that decide to name themselves Panic.

Who formed the band?

Brandon: That would be me. After an extended musical hiatus, I decided I wanted to play again. I was going to listen to my heart and follow it. I fortunately found the right people to bring it to life.

What made you start a band?

Brandon: I had been in other bands that had received some minor success, but they weren’t quite what I wanted. Playing music has always been a passion of mine. Eventually, I developed the same passion for writing music. I wanted to create an outlet for these songs, and see how it would catch on.

How would you describe your sound?

Brandon: It’s like a chocolate-covered espresso bean - sweet on the outside, bitter on the inside, and it packs a punch!

Dana: It is rewarding and stressful at the same time. It’s an awesome experience, but you need to have a lot of patience and get along well with band members.

Brandon: Always be ready for anything to go wrong, because it will. Some of the greatest outcomes are the result of accidents, so don’t be discouraged. It gets tiring playing the same thing over and over, but the end result makes it all worthwhile. Recording is a lot of hard work, and is very expensive. When all is said and done, though, it’s a lot of fun.

Brandon: For me, it starts with a simple melody that somehow gets in my head. Then I’ll write the music, some words, and take it to practice. I usually don’t share it until I have the basic skeleton completed. Then I’ll play it for everyone and let them add their own flavor. Sometimes, I might come up with a little music at practice, and Dana will start in singing whatever comes to her at that moment, and it eventually evolves into a song. It’s really a magical thing.

What inspired you to write the songs on your record?

Brandon: The creative process is an unexplainable thing. I never know what will come into my head, it just happens. Most of the songs do have a personal side. “Then I Found You” I wrote for Dana. It was never meant to be a band song. We tried it out, and it turned into something pretty cool.

Whom would you compare your music to?

Brandon: Such a simple question, but nearly impossible to answer! We fit somewhere between Celine Dion and Kittie. Let’s see . . . Dana often gets compared to Pat Benatar and Gwen Stefani, so add some loud guitars and meat and see what you come up with.

What made you want to be musicians?

Brian: The fame and fortune, of course! Actually, the elementary school program was interesting and fun, and my sister seemed to be enjoying it.

Brandon: I have always loved music and watching people perform. For me, it started when I was in third grade and I got my hands on one of my sister’s KISS albums. That pretty much did it for me.

Dana: I would sing into my hairbrush when I was five years old, and never stopped!

Who are your musical influences?

Brandon: Everything I see and hear influences me in some way, whether I want it to or not.

Brian: I vary all over the place. Phil Lesh, The Meters, Peanut, and RUSH are some of my biggest influences.

Dana: For me, it’s Celine Dion and Steve Perry.

What was your first concert?

Brandon: Mine was Def Leppard in 1984. The drummer still had two arms.

Brandon: Chaos. Scary. Unprepared. It’s the mistakes in life that we learn from, whether in music, your job, school, whatever. I actually still get butterflies before a gig.

How would you describe your stage show?

Dana: Brandon and I set the stage to be very energetic. We are passionate about being musicians and having people really enjoy what we are doing. We even dress glitzy to add some spunk.

Brandon: Dana is the cute one, I’m the psycho, and Brian is the cool, laid-back one. We are currently in-between drummers.

Have you met any local bands?

Brandon: We have played with several. There is a lot of good music being made here and it’s too bad that it’s undetected by the masses. Check out cabands.com to see what you’re missing.

Dana, what is it like being a female front-person?

It’s very challenging because a huge majority of the bands on the local scene have male singers. I’m always competing to show validity.

If you could work with anyone or any band, who would it be?

Brandon: The following are musical geniuses, love them or hate them: Gene Simmons, Marilyn Manson, Trent Reznor, Perry Farrell, Flea, Jim Morrison, the list goes on. Not that I would like working with them, but just talking to them would be fascinating.

The truly creative artists, going all the way back to Mozart, are a bit off-kilter. I find that intriguing. Think about it, Prince changes his name to a symbol, Michael Jackson . . . well . . . let’s just say

Do you have any advice for aspiring musicians?

Brandon: Turn the radio off. Don’t let it or MTV dictate what is cool. If you do, you are exposing yourself to only about one percent of the music out there. Go to an internet site like PureVolume.com and see what else is out there. Open your ears and your mind. Practice your instrument, and don’t be afraid to learn different styles. You just might develop a liking for something, and you can use that to create something totally unique.

What are your goals as a band?

Dana: My goal is to keep the music alive, and get more exposure so maybe one day we can go on tour and share our love of music with everyone.

Brandon: For me, it is to continue making music as long as we can. I’m not really after world domination, but hey, if it happens, it happens.

For more information on Panik, check out www. panikband. com 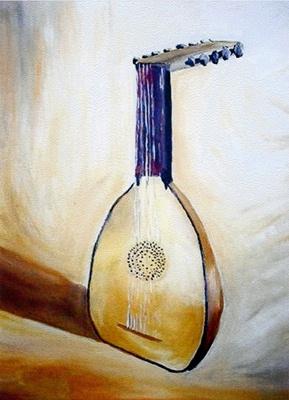