Along with millions of loyal Americans during the last 300 years, my hero is Ben Franklin, a founding father and one of the most brilliant inventors and statesmen. A printer, author, diplomat, philosopher, and scientist, Franklin was able to unite America like no one else. He wrote, “Who is rich? He that is content. Who is that? Nobody.”

Born on January 17, 1706, into the family of a Boston candlemaker, Franklin’s many extraordinary accomplishments are still remembered today. He helped found our nation, and defined the American character. Franklin began as a printer at his brother’s press and went on to become one of the founding fathers and most well-known Americans in the world.

In 1754 he became a delegate from Pennsylvania to the Albany Congress. He helped draft the Declaration of Independence and the Constitution. No other individual was more involved in the birth of our nation. His wisdom and gracious manner made him extremely popular in political, literary, and social circles.

Franklin is best known for his incredible inventions, including bifocal eye glasses, electricity, and many more. Because he had poor vision and needed glasses to read, he grew tired of constantly taking them off and putting them back on, so he figured out a way to use his glasses to see both near and far. He had two pairs of spectacles cut in half and put half of each lens in a single frame. Today, we call them bifocals.

Franklin’s natural curiosity about things and the way they worked led him to find improvements. Electricity inspired Franklin at an early age. He suspected that lightning was an electrical current in nature, and he wanted to see if he was right. To test his idea he used a key to see if the lightning would pass through metal. He used a child’s toy, a kite, to prove that lightning is really a stream of electrified air known today as plasma.

Although Franklin was a brilliant scientist and an extraordinary inventor, what is really inspiring about him is the way he wrote and how he related it to others. Many of his quotes continue to be famous. Franklin died at the age of 84 on April 17,1790, and his death was considered a national catastrophe. 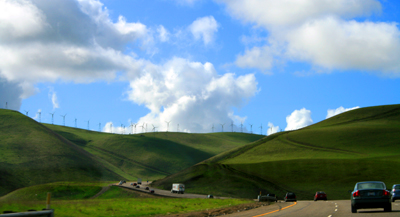