As I watched one plane after another streak across a cloudless sky, all I could think about was that my hero, Staff Sergeant Ryan Johnson, had finally come home. Ryan, a 10-year Army veteran, had just spent 18 months and two birthdays in Afghanistan fighting in the war against terror.

Ryan is no big war hero and few people even know his name, but that has never kept him from being my hero. Altogether, he spent four months patrolling the mountains that surround Jalalabad in search of terrorist hideouts. When he wasn’t in the mountains, he was in guard towers during the night or in the city making balloon animals for the children and bringing hope to the war-torn country by day.

However, that is not all. He was and still is always there for me through the good times and bad. He has a unique, droll personality that keeps me laughing and he’s taught me how to be chivalrous and altruistic, giving me goals and setting standards that make me push myself harder than ever in everything I do.

When he returned home, tired after 18 long months of war, he was still quick to volunteer for a deployment to Iraq when he heard that one of his friends had been called up. This man, not yet 30, was again willing to leave all he knows to fight for the country he loves. That, in my mind, is the alacrity and zealousness this country needs.

I can think of no one who displays more fortitude, prowess and patriotism for this country. He is my hero and I cannot think of a better person in the world to have that title than Ryan. He is a true American. 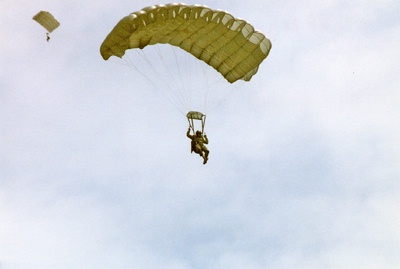