A Day in the Life of an Almost Theater Kid

The bell finally rings for everyone to go to sixth hour, which means I now have to start my long trek from the seminary building to the Bear River high school auditorium for my Shakespeare class. I usually try to walk outside, but it’s freezing today so I decide to push my way through the red sea that is a high school hallway instead. After I finally get into the auditorium, it’s old walls and musty smell greet me. The long walk from the entrance to my seat is one of the worst parts of this class. I walk down the long, newly carpeted path with my classmates staggered on the new black auditorium seats to my right; the seats on the left are all empty.

I finally get to the very front row where my seat is. At the first of the year I was assigned seat number four, but a few days ago bright blue painters tape appeared across the arm rests of the chair, labeling it as broken. Every time I see it I get a little annoyed because the chairs were just put in two years ago. It was probably a sophomore. The intention for the assigned seating is so we’ll be about 6 feet apart, but now I have to sit in seat number three, so now I’m a little too close to Logan.

There is a pretty loud chatter in the room, the words echoing a bit off of the high ceilings. You can hear Damon and Skyy above all else. Why do theatre kids have to be so loud?

Mr. Sornsen finally comes out of his classroom onto the stage directly in front of us to take roll. “Okay, ready to begin!?!”  He is also so loud. Theater teachers are the worst type of theater kids; his voice is still ringing in my ears. “Remember, memorization day for Shakespeare scenes is Wednesday. Be ready!!!”

My classmates disperse, separating to work on their scenes. The girls performing a scene from Macbeath as the three witches make their way onto the stage so Mr. Sornsen can watch and give them notes. I don't know any of their names; I think all three of them are sophomores. Pearl and Olivia head out to the hallway to practice without interrupting the witches. Damon stays off stage on the right, not seeming to care about interrupting anyone, and gets ready to practice his monologue. Sami and Nancy find seats next to each other in the center section, about five rows back. They start to “run lines” but that doesn’t last too long before they switch to talking about anything and everything else. Yelka and I find each other so we can go rehearse. We realize London is gone again so there's not much we can do, but we make our way over to our little corner on the left side of the stage anyway.

There is a little, old, red couch that we use in our scene; right behind it is the leaning tower of props. It mostly consists of tables and chairs haphazardly stacked on top of each other. I don't think most of those things have been touched for years. The dust definitely makes it look like they’ve been there forever. Our red couch was used for the last play, so it’s less grimey than the others, but definitely has a very musty smell to it. I always have to force myself to lie down on it. Why do I do this to myself? Yelka and I get ready to go over the scene. I finally convince myself to lie down, letting some of my hair hang over the side, and touch the black stage floor, covered in white paint splatters, and a coat of sawdust. We pull out our old food magazines that we’re using as wedding catalogs, and go over the first half of our scene. We can’t finish it without London, and after we get to where she enters Yelka is immediately distracted. She is crawling around on the dirty floor looking for safety pins and other “treasures” she’s taken to collecting.

Meanwhile I can’t help but to focus in on the voices around me.I hear the three witches' chant: “By the Pricking of my thumb, Something wicked this way comes” (Macbeth Act 4 Scene 1). Damon’s unnecessary loud yelling: “Cover thy Head, Cover thy Head!” (As you like it act 5 scene 1). Nancy reading her line: “Are you so hot? Marry--” Sami interrupts in the middle of the statement-- “Oh my goodness Nancy, I need to tell you about what Maverick did today!” (Romeo and Juliet Act 2 Scene 5). And Pearl’s yelling, muffled through the walls: “Which time she chanted snatches of old lauds!” (Hamlet Act 4 Scene 7). The voices around seem to get louder and louder until I have to cut them off; “Yelka, how about we do the scene again, full out this time.”

Then, all that’s in my world is myself, no longer as Tasha but as Margret, lying on a couch next to Hero, getting ready for her wedding. The alternate world I bring myself to smells like Christmas rather than the dusty smell of the stage curtains. I no longer see the exposed pipes and old wood of the theater’s ceiling, but the white, high ceilings of a fancy house. I don’t hear the witches' chants or Damon’s yelling or Sami’s gossip, just Hero’s insistence on wearing an ugly wedding dress. I am no longer Tasha, I am now sassy Margret who hates the idea of marriage and thinks she knows best about everything. This moment is a “fine, quaint, graceful, and excellent fashion” (Much ado about nothing Act 3 Scene 4). The scene goes on, almost seamlessly, until it rips; “Ask my lady Beatrice else, here she comes,” (Much ado about nothing Act 3 Scene 4).

This line is the end of that beautiful moment. If only London would actually show up to class sometimes. Yelka says that it felt like we did it perfectly that time and I agree with her. She goes back to looking for shiny things on the floor and telling me about things I don’t really care about. That girl does not know how to shut up. I resort to staring off stage to the right at the brick wall with a big clock on it. Eight more minutes. Seven more minutes. Six more minutes. “Five minute warning, every pack up, get out, have a great weekend but be back at three if you’re in the ensemble scene!” Mr. Sornsen yells.

Yelka is gone before I can even get the magazines back into my bag, but that's how it always is with her. After shoving the magazines into my red folder, I walk down the wooden stairs, painted to look like marble, to get off of the stage and head back to my car. Now back up the long carpeted pathway surrounded by chairs. I never notice the slight incline of the walkway while coming down it, but going back up it’s always very noticeable. While walking down the hallway again, empty this time, I notice the senior banner for drama along the rail upstairs. My name is on the fifth bear paw to the right. Every other club and team in the school has a banner for their seniors as well, but seeing my name written in big cursive still makes me feel special. I turn to the right corner for the giant glass front doors of the school appear in front of me, and the bell for school to get out finally rings. 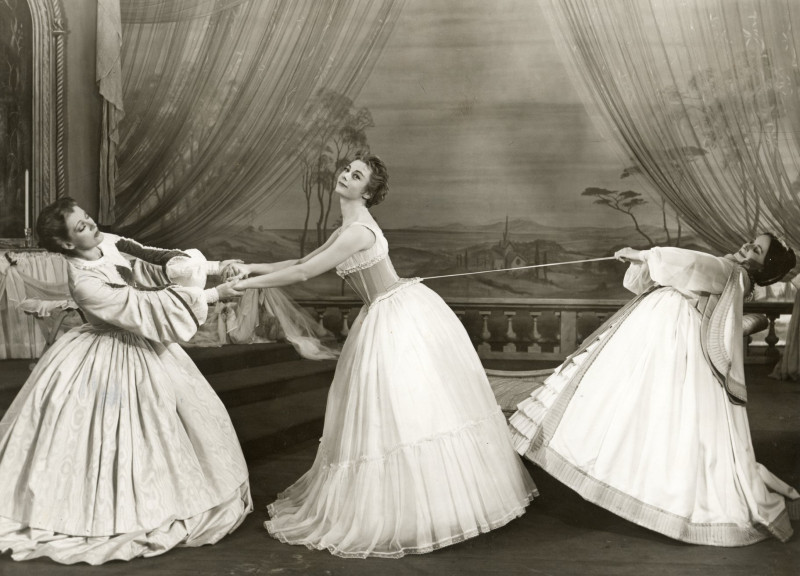 This is my expierence with getting ready for Shakespare Comptition in Utah. I was very proud of this observation and I hope you like it! :)