Favorite Quote:
"Nothing is more creative . . . nor destructive . . . than a brilliant mind with a purpose."
- Dan Brown

Until today, 6:00 in the morning, the words ‘noise pollution’ had not yet thoroughly grasped me. My experiences with road maintenance or the occasional crying child were constricted to the outside world which although avidly annoying had not once been persistent and quickly disappeared.

I’m a heavy sleeper, so once I woke up I was convinced I had awoken well in the afternoon; the clock read six and I considered the possibility of over over-sleeping however the warm light creeping through my curtains suggested otherwise.

The crowds of men assembled near my window were cutting, chopping and chain-sawing several trees which were on the brink of fall as a result of yesterday’s rainstorm which ironically hadn’t bothered my sleep at all.

For the first few minutes, I lay stiff in bed, neglecting the fact that I already knew there was no way I was going to go back to sleep and that my day was inevitably ruined. After a short while, I felt like a patient, tied up and exposed to an endless tormenting, torturous recording. I focused on every chop and crunch of the thick wood, the irregular beating of an axe making me flinch every time.

Finally, I gave in to the demand of having to get up to shift to some dark corner of the Earth free from this tormenting tone to earn some silence. Just for good measure though, only a few seconds after my getting up; my bubble of innocence was not popped but rather run over and burst open by the distant roar of an Earth Moving Tractor, running evidently on diesel and creating the exact noise you would expect a generator to make, the massive ones that power entire malls.

They say your heart mimics the beat of a song; however, the rapid pace of my morning melody was affecting my mind instead which felt as though it would burst. My consciousness had begun to emerge and I had accepted that this session of suffering was not ending anytime soon still, I focused on every single sound, considering it to be punishment for my previous ignorance.

By the time I had become immune to the sound, I felt like a trained assassin, wanting to unleash my rage on something or someone, being careful however to use my fists only, to create the minimal noise pollution. 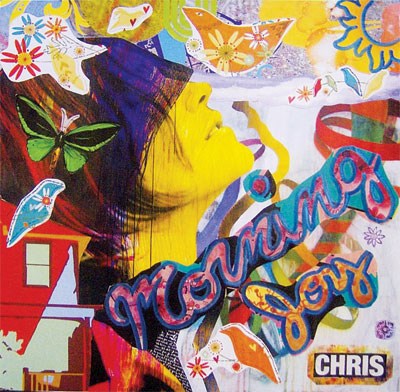