Saving The World One Vegetable At a Time | Teen Ink

Saving The World One Vegetable At a Time

When I was eight, I became a vegetarian—for a week. I had read a book about animal shelter volunteers and was inspired by a character who loved animals so dearly she refused to eat meat. My parents reluctantly cooperated, suspecting it was a phase. They were right. A week later, at a local hot dog restaurant, I decided I would be eating a wiener. My grandma asked me why I had changed my mind. “I realized I don’t like vegetables,” I responded. I enjoyed my meal without guilt, and that week became just another amusing childhood anecdote.

Seven years later, after the national outcry following the Parkland shooting, I attended the March For Our Lives in Atlanta. Listening to the stories of survivors and John Lewis’ moving speech, surrounded by protesters of all ages and backgrounds, I felt like we were on the cusp of profound change. But when the National Rifle Association’s influence obstructed any meaningful legislation, I became disillusioned. My voice felt insignificant compared to the authority of powerful lobbyists and corporations. Nevertheless, my experience and the attention the protests received planted a seed in my mind: that my actions could have an impact.

At age sixteen, my infatuation with fashion led me to the “Future of Fashion” course at The School of The New York Times Summer Academy. The class’s focus on ethical and sustainable fashion opened my eyes to the impact of the second-most-polluting industry in the world. I saw striking images of excess dye spewing into rivers and of crowded windowless sweatshops in Asia. I realized I had an obligation to be mindful of the effects of my purchases, and I decided I would never buy fast fashion again.

With this new perspective on consumerism, I started to reconsider giving up meat. The turning point came in August, when I read that cattle farmers were setting fires in the Amazon rainforest in order to clear land for their pastures, with detrimental effects on the indigenous population and environment. After more research, I learned that eating a more plant-based diet is the greatest contribution any individual can make to reversing climate change. Eight years after reading about the inspirational animal shelter volunteer, I committed to becoming a vegetarian.

That November, on the opening night of my theatre troupe’s show, I waited nervously in the dim blue light backstage. I had spent the past months avoiding any situation I feared would make my beliefs a burden to those around me. I didn’t want to become The Annoying Vegetarian: the kind of person who shoves her opinions in friends’ faces, refuses to eat at certain restaurants, and brings up climate change as her grandfather cuts the Thanksgiving turkey. Then, my troupe wrote a play about several topical issues, including the Amazon fires, with the option to contribute monologues for the piece. Despite my insecurities, I felt a responsibility to take ownership of my values and speak out. I typed up my monologue and sent it in.

Standing in the wings, I felt prepared to stand up for my beliefs. I stepped on stage and told my story.

My monologue concluded: “The Earth is being destroyed every day, and many causes are beyond our control. But eating meat? That’s something I control. This is how I can help. I’m tired of watching helplessly as my home burns to the ground.” The truth was out, and it felt good.

I’m still tempted to apologize when I argue for a sustainable clothing brand or vegetarian restaurant. But I’ve waved a few signs since my first march, and I know now that my voice matters. Most consumers pick products off the shelf with little thought of environmental and humanitarian consequences. If I want to make a positive impact on the planet, it is my responsibility to make purchases that reflect my values. Luckily, I like vegetables more than I used to. 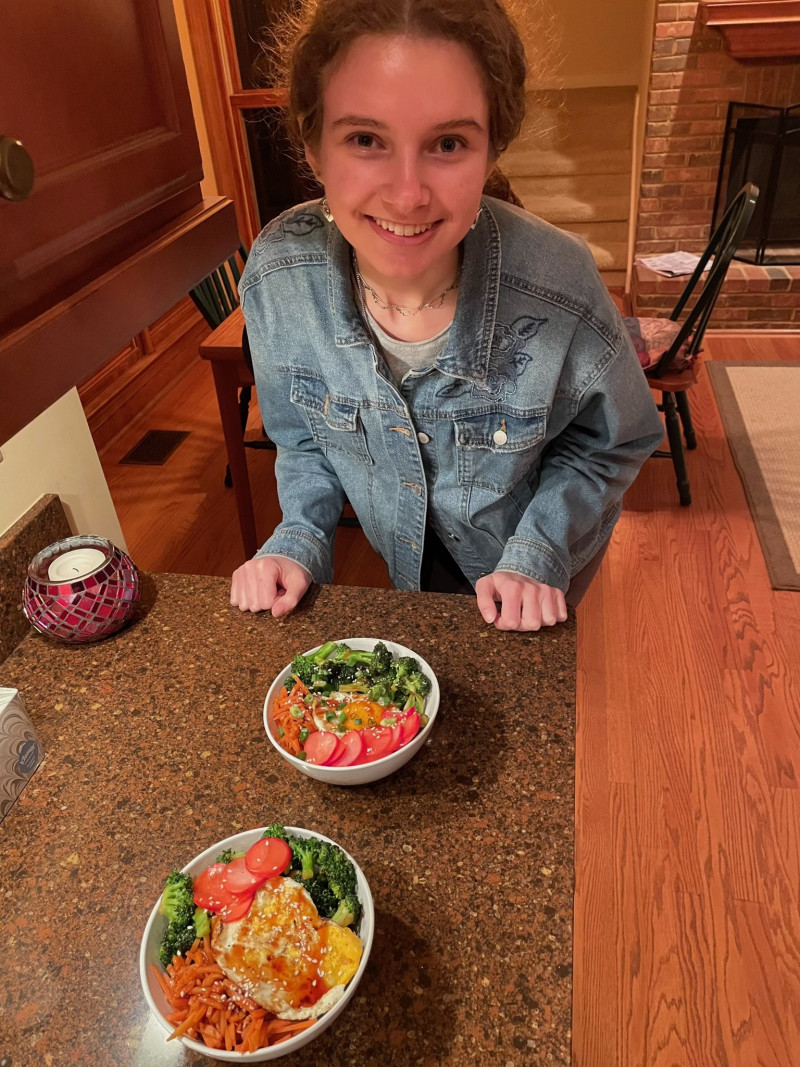