The wind is cool on my face and my teeth are banging like cymbals in a jazz band. I might very well look like an ice cube on the outside, but impatience and anger are boiling inside; on the inside I'm smoldering.

The parking lot is completely empty now. The rest of the group left between 7 and 8 this morning, and now it's 8:30. The sun is rising higher in the sky with every minute. We're going to be late.

Of course, I'm the one who volunteered to carpool with “Captain Carefree” in his “Happy Honda.” I should have known better than to ride with Tyler. He's never on time for anything!

Last year in physics he came in almost an hour late because he had to stop at the pancake house for breakfast. When Mr. Kearns asked him why he was late, he said, “Sometimes a man needs a blueberry pancake.” Mr. Kearns sent him straight to the office, but Tyler didn't care; he probably didn't even go. I imagine he just did cartwheels all the way to his car and drove back to the pancake house for a second helping.

We have to be on the college campus and in the correct building in less than 30 minutes. I guess I thought that Tyler might be on time for something he really cares about. He says he wants to be a Broadway star. Today we're supposed to attend an acting workshop with a Broadway veteran.

I hang up as I see his permanently trashed car pulling in with him waving like Miss America. He rolls down the window and my eardrums are nearly blown out by the noise he calls music. He reaches to unlock my door and says, “You look like a popsicle!”

“Do you have any idea what time it is?” My voice is sharp with anger.

We reach the intersection just as the light is turning red.

“Pedal to the metal!” Tyler shouts as he flies into oncoming traffic, nearly killing us both.

This is great. I'm a passenger in the “death wish” sports car. My heart is beating with adrenaline. “Can you please drive a little more safely?”

“Sure.” He reaches to lower the music, then turns around to rummage through his bag in the back.

Oh, dear God, save me. Now he's steering with his knee, and the car veers into the middle of the road. If a vehicle is approaching, we're dead.

“I found it!” he says, then takes an enormous chomp of the muffin. “Do you want some?” He holds it in front of my face.

The workshop starts at 9, and I have no idea where we are. I don't recognize any of the buildings. Tyler does, though. “I went to a birthday party here once,” he says, pointing with his half-eaten muffin and spilling crumbs all over the console.

“I think I took the wrong road.” Tyler looks right and left, then says, “Well, I think it goes to the same place.”

We're running late and he thinks this road goes to the same place?

“Come on! Sing along – I know you know this song!” Tyler sings, “Don't make this easy, I want you to mean it!” while sliding into a tight right turn.

I'm beginning to wonder if we're ever going to find the college. Then there's a sign! “Wildcats This Way.” Hallelujah for signs!

Tyler seems to know where we are too. “Hey, it's that ice cream place from prom last year! This next turn should put us where we need to be!”

It takes us just 30 seconds to find a parking spot right in front; someone must have just left. The minute the car reaches a stop, I open the door and jump out. It's so good to have my feet on solid ground with no vibrating bass. Tyler is still gathering his things as I stare at the “Performing Arts Center” sign on the building.

Suddenly I'm thinking about my future – what it would be like to go to college here, to walk into this building for more than just a workshop. I'm worried about the cost. I'm worried about meeting new people and having to do things myself. Then I immediately switch to worrying about Tyler.

“Tyler, are you seriously going to college in New York? The out-of-state prices are going to kill you!” I start to pace around the car, the calculations running through my head. “You can't go to college there. You don't live there; it'll never work. What are you going to do?”

Tyler walks to the door and holds it open for me. “Tell me what time it is.”

I'm irritated that he dares ask me such a question. I know what time it is, unlike most people.

Tyler smiles, and his smile is the most ambitiously beautiful thing I have ever seen. “What time does this thing start?”

I find myself laughing out loud. “Nine.”

“That's right. You worry too much.” 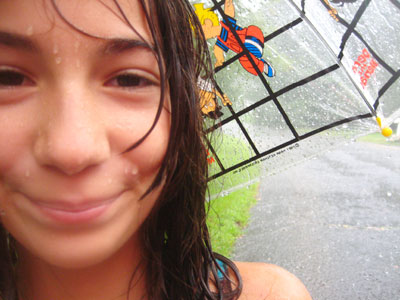 The author's comments:
I actually know a person just like Tyler. He really did drive me to a theatre conference, and he really does inspire me each day to live my life to the fullest. He lives in the moment and I hope that reading this story will inspire you to do the same.
Post a comment
Submit your own

Favorite Quote:
Sometimes you just need to take a nap and get over it. -Maura Stuard

View profile
I love Tyler's character. The ending is so realistically written, I adore it. Great job! But if you know a character like Tyler and this all didn't actually happen then this is realistic fiction. It may be loosely inspired by a person but it is not true. It is mislabeled as nonfiction.
NeverClarity SILVER said...
on Jul. 19 2010 at 9:06 pm
NeverClarity SILVER, Bensalem, Pennsylvania
8 articles 0 photos 8 comments

Favorite Quote:
"Tell me, tell me what makes you think that you are invincible? I can see it in your eyes that you're so sure. Please don't tell me that I'm the only one that's vulnerable. Impossible." - Secondhand Serenade

View profile
I loved the writing style in this, and the ending was sweet and unexpected :)