I don’t remember the first time I watched someone and saw their inner light, but I remember the first time I found it in someone I didn’t particularly like: Armando always kind of scared me. He was a “left back” with rumors of fights, drugs, and gangs hanging around him. He was also in my gym class. One day our class was playing soccer, a sport better without all the out-of-bounds rules. Armando was the goalie for the other team and I found myself alone with him on that end of the field after the ball chased everyone to the other end. I wondered aloud about how soccer works, and much to my surprise, I got an entire explanation of the game from Armando. Something in the way he explained it to me made me think he could make a good father. It was like a flash away from what his life made his hardened outer appearance and into the kind of person he could have been and maybe still could be. It was a glimpse not of his potential, but the beauty he kept covered up. For me, that’s all god is really about, that touch of beauty in even the most ugly of things. Sure, I didn’t become friends with Armando after that day in gym, but I could never strongly dislike him after that. Once I’d seen a person’s inner light I could no longer hate them. Realizing this, I began to look for the inner light of anyone I didn’t like or was mad at. Looking for that piece of beauty that is god in everyone cured my feelings of anger and hate. 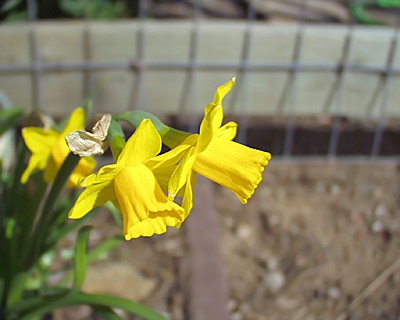 The author's comments:
I wrote this for a Quaker Youth Writing contest. It was accepted and is now part of one of an anthology.

In Quakerism, an "inner light" is that of god in everyone. Its kind of like a conscious in that if you listen to it you will do the right thing, but it is more than that.
Post a comment
Submit your own