Stand up straight, stop tilting your head, sit up, don’t hunch, push your shoulder back. These are a few of the things I’ve heard for years even since I was a little kid. So I guess it shouldn’t have been a surprise when in seventh grade I was diagnosed with scoliosis. It isn’t some life threatening disease, it’s when your spine grows curved instead of straight. It can twist your body out of alignment and it can be really dangerous and painful. In seventh grade I was having my normal physical and my doctor noticed my shoulders were a little off. She then checked my back and it indeed looked like I had scoliosis. I went in for x-rays and then was sent to an orthopedic surgeon. They sent me to a backbrace specialist and next thing I know I’m being fitted for a backbrace. I remember thinking how did this happen so fast, when did I go from point A to point B, and how on earth do you spell scoliosis.

I’ll tell you a little about the backbrace. It sucked, I hated it, but weirdly now I miss it. A backbrace is a big plastic thing fitted especially to your body. There are pads in it pushing you this way and extra plastic ment to push you that way so the ending result is a straight back. I was instructed to wear mine 16-18 hours a day, well I tried to but me and the backbrace had a love hate realationship you see. It was supposed to help me and I hated it. It was hideous, painful, hot and it restricted me from doing normal activities, even sleeping comfortably. The doctors and my parents constantly told me wear it or you’ll regret or I know how you feel I’m sorry. The funny part was, they didn’t. They didn’t know how it felt to not know how long you were going to be in a thing almost permanently attached to your body. They didn’t know the pain of it, how it felt like sometimes you were going to just stop breathing in it. They didn’t know the fear I felt that maybe I’d have to have surgery or be permanently crippled one day.
Twice a week I started going to a physical therapist name Gary who claimed he could help cure my back with exercise. Well it helped a little, by one degree. But, he was odd, the sessions were an hour long and he talked and talked about the women he was dating constantly. Let’s just say it got, annoying. We quit the sessions and I know I haven’t regretted it.
My battle with scoliosis was a tough one, it was a lot worse then it looked which is why no one detected it until seventh grade. I remember running around with my friends while wearing it and having to take a break because it wore me out, or when I had a sleepover I’d snuggle up to Brooke and she would be so mad in the morning because I’d hit her with it. My friends also had a lot of fun with it but they realized how painful it really was. We’d be dancing and when Gabi and Brooke would get low I’d do a kind of robot move and slowly work my way to the floor. At the end of eighth grade it started hurting really bad, it was unbearable pain when I’d wake up like my insides were filled with pressure that wouldn’t go away for minutes. I had grown out of the brace and the doctor’s said it wasn’t worth getting another one since I was almost done growing. I ended up having and S shaped spine. There’s a 20 degree curve on top and a 40 degree curve on bottom. I still regret not wearing it as much as I could have when I had the chance and to any girls who did just get diagnosed with Scoliosis just stay strong and brave through it. My mom always told me, “It’s just like your braces while they’re straightening your teeth out so you have beautiful teeth it’s just trying to keep your back straight so you have a beautiful back”. We were all so thankful that it ended up stopping there if it was any higher they would have to operate. I’m also thankful my doctor doesn’t believe in operating on 40 degree curves. I would have had to get a medal rod inserted into my spine. I would have to lay in bed for 3 months and I wouldn’t be able to do regular activities like I can now such as touching my toes. If my spine worsens over the years this is what is going to happen and I pray it never does. 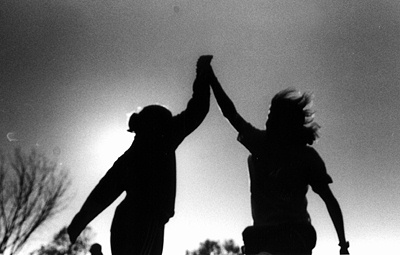 i was diagnosed with scoliosis when i was 11 and had to use a brace for 3 years 24/7.... I couldn't endure it also because of the pain i felt with it and how ugly and uncomfortable it was.. i didn't used it for almost a year because of that.... I then got another brace which i could endure better but it wasn't doing any good to me, i also got physical therapy... My parents decided to see another doctor and he told my that my S curve was very big for a brace, it was 52 and 55 degrees so i needed surgery... My surgery was VERY VERY painful, and i had to use morphine to control it, the next day after the surgery i got to stand up for the first time.... it was very painful though, i only could walk like 5 steps, then i had to lay down again, the next da i walked more, the 3rd day i went up and down the stairs... i felt alot of pain for the first 5 months.. now it've been 7 months from my surgery and there's almost no pain at all...

It's true what you said, it's worth it to wear the brace, if i would have wore it probably i wouldn't have the surgery.... but the whole experience had helped me alot... :)

I hope you'll never get to surgery! Take care of yourself :)

EquineWriter BRONZE said...
on Jun. 6 2010 at 1:03 pm
EquineWriter BRONZE, Mullica Hill, New Jersey
3 articles 0 photos 11 comments
View profile
I have scoliosis, and have to wear a brace 20 hours a day. I really sympathize with the struggles you have. I hope you never ever have to get surgery =)