The guy of my dreams | Teen Ink

The guy of my dreams

Most people say that love is a total hormonal thing, it is just an attraction or a kind of madness. People also say that when u love someone it only lasts for a time after that "love" fades away. Is it really like that? The people who say that their love fades away actually never loved their partners because attraction can come an go, but when u love someone truly that love grows with time and becomes more stronger, according to me. I have always been a romantic girl, or a girl who lives in her own world of imagination as said by my friends.I always wanted a prince charming to come in my life and I had a list of qualities which did not matched with anyone so I never felt the strange kind of pull towards any guy . I always thought that the special person in my life has to be totally out of this world.Many guys proposed but my answer was always the same "u are not the one that my heart desires". My friends were very angry with me due to my this attitude they always made fun of me and said that I will die as a single but my reply was i would prefer to die single than choosing a random guy. Some boys said that I am a psycho which hurted me. I was so disgusted that I started believing that no one in this world is good enough for me, I thought that the man of my dreams does not exist in this world he exists in the heaven, so I made a boyfriend in my imagination and I was very happy with him.

But that day my point of view was totally changed, It was monsoon season so heavy rainfall was not unexpected. I was returning from school, my house is nearby to my school so I started walking as usual. Suddenly it started to rain and as I am a total careless person I forgot my umbrella at the school. But I loved rain and so let the raindrops fall over me, the road was almost empty except a few people with their umbrella. I was humming a song and enjoying the rain my eyes shifted to a black shiny car which was standing outside the departmental store. The car was rare and very eye catching so I looked at the car to see of which model it was. Suddenly a tall muscular guy with proud cheek bones, sharp features and white complexion, came out of the departmental store, holding a shopping bag. He was dresses in jeans and a jacket was thrown over his broad shoulders, all in black. His hazel eyes had something which caused me look at him continuously without blinking. Yes! he was the man whom I always used to see in my dreams. I kept looking at him like a fool, I was so lost in his gaze that I did not mind the heavy rainfall over me.

To my surprise he too looked at me, my heart skipped a beat. I pinched myself to ensure that it was not a dream and I felt the pain so it was real. Then he unlocked his car gave a smile to me and drove away with speed. While I stood frozen out there. 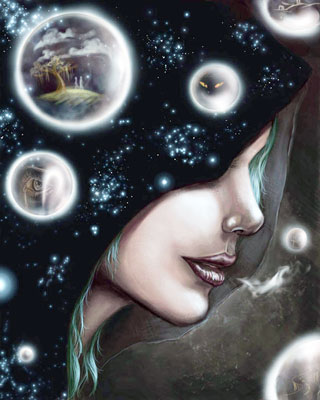 The author's comments:
This is about me, my true feelings not inspired by someone or something.
Post a comment
Submit your own

View profile
is it too bad? no one commented :(