Stories and the Human Race

It could mean missed chances, but it could also mean new chances opened up: new environments and new people and, well, new stories.

The what if’s that correspond with life are an aggravation on their own. I am constantly bombarded with strange visions of what my life could have been had I, say, never gone to a Chinese school. Or I’m wondering what my life could have been if my hair had never been pulled harshly by a girl in my class. Or I’m thinking up possibilities with guys who once flirted with me before I closed up because I didn’t want anyone to know if I liked them.

I’m stuck in mud and I don’t know how to escape. Perhaps if I had taken a different route, I would have reached the illusory imaginings I once dreamed of having, that peaceful and calm lake, surrounded by a canopy of trees where life is perfect.

Maybe, even, I would be at the mall with a bunch of girls I admired from far away, buying makeup, buying clothes, buying shoes, and simply enjoying life, no worries, no pains.

But I didn’t do that. Instead, I took a pathway that intrigued me a bit, mostly because it was the easiest to take at the time. When I attended a Chinese school, it had not been my desire to go, but that of my parents. When that girl pulled my hair at age seven, I had no desire to go through that again. When that boy flirted with me on vacation, the desire to even think about going out with him hadn’t even entered my mind.

I know now that it’s not only me, however. It is everyone else. You.

Parents, the beings who brought you into the world, can set you at the entrance of that great forest. Friends, those people you run into along the way, can influence you in the direction you choose to go. Decisions, the path you decide to set foot on, can last for a lifetime.

I am but one of the many travelers of the world. Sometimes, I come into contact with another. At other times, I am cooped up by myself with nothing but my words and a piece of paper.

There is no point in dwelling in what could have been, no point in reminiscing about past opportunities.

The old saying is true in every sense: when one door closes, a window opens.

It is by this belief that I know, no matter who I am in ten years, or fifteen years, or thirty years, that I will never be lost.

And neither will you. 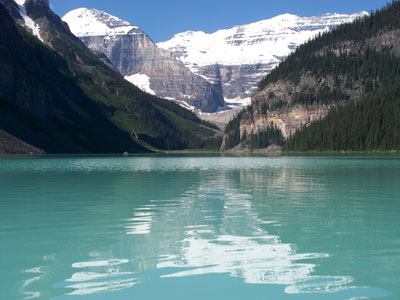 The author's comments:
I came up with the beginning of this a while ago and I just had the inspiration to finish it, so here it is :) Enjoy and post comments!
Post a comment
Submit your own

View profile
This is a really good, introspective piece.  I love your philosophical viewpoint on this.  My only criticism is that while short sentences are incredibly effective, you use them a bit too often.  They're really good when they're only used a few times in one piece.  But that's probably just me.  Anyway, great piece!
L.B.C.. BRONZE said...
on Aug. 27 2011 at 9:18 pm
L.B.C.. BRONZE, Muskegon, Michigan
4 articles 0 photos 25 comments

Favorite Quote:
"Only you can be the change you want to see in the world." - Ghandi

I don't think there is anything wrong, nor anything I would change about this piece. It is simply beautiful. I really enjoyed reading it.

Favorite Quote:
"Sometimes, we just have to be happy with what people can offer us. Even if it's not what we want, at least it's something. " -Sarah Dessen

View profile
I have noticed that you like writing philosophy, and as a fellow philosopher i love that you manage to stretch a small concept into a story.
Love.Hate.Passion. said...
on Aug. 10 2011 at 3:56 pm
Love.Hate.Passion., Spring Valley, Illinois
0 articles 0 photos 356 comments

View profile
This was absolutely beautiful. I'm thinking that your my soul sister because I think the exact same way. I really enjoyed reading this , it was fantastic. It's almost a story that is so relatable it gives you hope for yourself. It's amazing. Keep writing !
Saysh PLATINUM said...
on Aug. 9 2011 at 12:32 pm
Saysh PLATINUM, Brentwood, California
31 articles 1 photo 79 comments

View profile
I loved this!!! I feel like this all the time, that I could have had done something so differently that it could have changed how I am now. Very relatable and very awesome! great work!!!