These Shoes Weren't Made For Running | Teen Ink

These Shoes Weren't Made For Running

The hot sun felt like it was roasting my friend and me alive. Our sickly sweet ice-cream no longer cooled our mouths, but puddled on our fingers and ran down to our shirts, making a sticky mess. My friend decided we should race to the nearest trash can to dispose of these messy burdens. With my honor on the line, I tore down the street at top speed.

Suddenly, my flip-flops decided to plot against my victory as one crept under my foot. My world began to spiral as gravity had the final say in my destiny. In the back of my mind I could hear my mother saying, “Don’t fall on your face; it’s all you’ve got going for you.”

Following my mother’s advice my slow motion world quickly sped up in a flash as I turned my body to the side before I hit the unforgiving asphalt. My hip dug into the ground scraping off what little tan I already had, and my knee seemed to be collecting rocks as they pierced my skin. My friend was more traumatized than I was as she screamed for bloody murder. A woman in a nearby house peeked out of her door and quickly ran over after taking in the scene.

“Do you have a Band-Aid?” I asked quite simply, holding my hip that wouldn’t stop streaming crimson.

“Were you run over,” she screamed, her eyes bulging out of her skull, “Were you shot?” This woman was having a panic attack and I was the one who was bleeding profusely.

“No. Can I just have a Band-Aid?” I asked exasperated; I just wanted to go home. The woman invited the two of us into her home where she practically made me into a mummy as she wound my wounds with gauze. That day went from bad to worse as I walked home with my friend, who supported me on my better side. Every step, even the slightest movement felt like a hot knife cutting into my flesh, and it was a good twenty minute walk home without this hindrance.

When we finally reached my house my mother wasn’t home and my little brother and father were sick with the flu, both fast asleep in their rooms. My friend walked home, her eyes red from crying so much from feeling guilty for leaving me with these wounds that will probably leave scars. I sat on the couch, waiting for my mother to see just what a mess her accident-prone daughter had become after a simple walk to the ice-cream store. 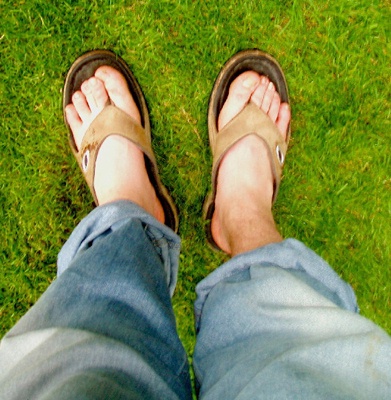