In This I Believe: Snuggling Cabbage | Teen Ink

In This I Believe: Snuggling Cabbage

I believe that everything can be solved with a snuggling cabbage. My snuggling cabbage is a freshly green stuffed toy. For some apparent reason, I named it Ms Cabbage, and that was when it started accompanying my journey, no matter with sunshine or storm, flowers or thorns.


It was a sunny afternoon in an enormous Ikea store in Beijing. After the airline people kicked me out of the airport because of some passport issues, I was stuck in Beijing for the day. What would you do when you cannot go back to school after spring break, stuck in a foreign city, having no idea what to do with your life for the moment? I personally decided to go shopping and pick up a stuffed cabbage. Even though it felt good to stay in my homeland with my family for awhile, the drifting, insecure feeling was not pleasant. What if my passport wasn't going to work out until, say, two months later? Worrying and worrying, and worrying even more, I snuggled Ms Cabbage through a sleepless night.


Still it worked out. One week later I was back in Beijing; same terminal, but with a viable passport this time. Ms Cabbage in my backpack, I confidently marched toward the gate. 12 hours later and I was in Chicago, going slowly through the custom check and checking my connecting flight. 2 hours later and I was still at the custom check, stressing out in vain after missing my flight. However, it was amazing that I, a 13-year-old at the time, just snuggled Ms Cabbage and kept myself calm and talked to the airline lady and set up my next flight, and didn't burst into tears until all these things were done. While finally boarding in the huge aircraft about 4 hours later, I snuggled Ms Cabbage even more closely, exhausted but cool, calm, and collected.


3 years later, I went on a hiking trip, with my close friends and not-so-close friends and Ms Cabbage. The hardest night came, not as a result of intertwining homesickness, coldness, and basically out-of-control-ness, but instead was a horrific night of storm. When I stumbled out of the tent, I grabbed nothing but my intact self and the rain jacket. Yes, I left behind Ms Cabbage. Overwhelmed by fear, I lost myself as a 16-year-old, audacious hiker. The first time, I was forced to leave my snuggling buddy, but I did not have to stop being the little girl. As if knowing there's some Omnipotent Cabbage watching over me, I felt safe and secure; not the storm, or anything else, would harm me if I were merely a puerile girl who chose to be innocently, recklessly, ignorantly calm. More than one hour later, the storm past, and I went back to the tent, drenched and freezing but feeling safe and sound. And I snuggled Ms Cabbage who was still dry and warm. And I had my best night of sleep.
I believe everything can be solved with a snuggling cabbage, not tears, not freaking out or anxiety, not blaming yourself or anybody else. Sometimes if you don't feel like expending your remnants of energy, just don't. Just be a coward little girl and snuggle your cabbage, and get lost in a moment of coziness, and fool your tears that your hero cabbage would make everything alright, and remember the many times you thought you weren't going to get through but you did, and move on. I believe there will be a day when I become the hero, and fight whatever is in my way, and protect my cabbage from the perils of the world. 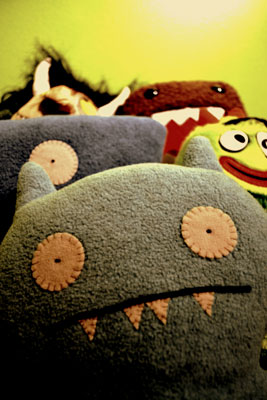