How Racism Is And Has Affected Sports In The U.S | Teen Ink

How Racism Is And Has Affected Sports In The U.S

Race and racism are a huge problem we see in our world today, 55% of American citizens say they feel they are discriminated against. Racism has been a worldwide problem for a very long and how it affects sports is just as bad( Georgia Southern University Racism in Sports). It has changed so much over the years from almost no blacks allowed to play in the league to predominantly black athletes, but how and when did this happen. Dating back from when sports started Balck people always had a problem with racism in sports and being allowed to play, but it was not only in sports but their everyday lives as well(Douglas County Libraries Racism In Sports And Society). Race and racism have affected black people through the years, and how they have bounced back to control most of the sports.

From the start of sports, blacks were discriminated against and not allowed to play. They fought this forever as they thought they should be treated equally. During this blacks were fighting for civil rights. As black people were slowly let into the league they were cheated against and ruffed up extra. In football, black players got hard and dangerous and they were targeted. They started terribly and before civil rights movements protested and trials to get these players to play were shut down and not cared about(Keeanga-Yamahtta The Players' Revolt Against Racism, Inequality, and Police Terror). In 1920 there was only a handful of players allowed in the NFL. From 1934-1946 there were no black players in the league and there was an unwritten rule not allowing black people to play in the league, even though nine African Americans in college football were named all-American stars. (Bowen Kenny Washington paved the way for black players in pro football).

As the NFL and pro sports advanced so did the rights of black people, but when would they be allowed to play equally many questioned. Many coaches and teams claimed African Americans weren’t “good” enough for the league and that it was a waste of money and space on the team (Bowen Kenny Washington paved way for black players in pro football). This relates to the book I read personally at the beginning of school. Pele was super similar as Pele wasn’t believed in and many thought he wasn’t good enough or he wasn't equal because he was black. This was also in a similar time and black people were still treated unequally, but like Jackie Robinson and Kenny Washingon he never gave up or stopped and that's why they are known worldwide and remembered as some of the best players in their time(Winter Pele Why Soccer Matters). In 1947 Jakie Robinson was the first African American in the MLB. This changed the motive and inspired many African Americans to make it to the league as well. This part of racism also connects to our first-class book a raisin in the sun. These connect on a deeper level besides what can be seen. Yes, they both have to do with racism and poverty, but they also connect deeper in the aspect of both struggling through a harder time than what showed. I connect Black athletes of the time to the family from a raisin in the sun. They were both going through racism but along the way, there was deeper stuff, for example, she was pregnant. To me, this is like Black athletes unable to be drafted. Both heartbreaking events, but on the outside, there are great results. For the family, there would be another great child, and for the athlete keeping with it and persevering through tough times your dream career could be a result. And who doesn't want to get paid for doing their dream career? (HANSBERRY RAISIN IN THE SUN)

Kenny Washington like Robinson was a huge motivational figure in allowing African Americans into professional sports. He had an amazing college career but due to the unwritten rule, he went undrafted in 1940. He then continued his career in a smaller league in the pacific coast. He waited patiently and finally got his chance as the Cleveland Rams drafted him in 1946. Washington became the first All American to sign with a national football team. Unfortunatelyafrican Americans were still hated in sports and Washington underwent a name-calling stage. Due to Washington's success and motivation to others after 1946 thousands of African Americans made the dangerous trek to the National Football League.

As the Professional Football League advanced and more African Americans players were accepted things started smooth sailing(Lapchick Racism reported in sports decreasing but still prevalent). More and more black people were joining the NFL and creating a good life for themselves. They were able to get huge contracts and bring their family and friends out of poverty. Life was great and sports were equal. That was until Colin Kaepernick took a knee causing a nationwide commotion in sports. This showed disrespect for the flag of the United States and many people did not like this as they found it offensive. Kaepernick made worldwide titles starting a whole debate and causing focus. Kaepernick did this to bring attention to African Americans and how they still felt they were treated wrong and unequally. Little did Colin Kaepernick know this would be the downfall of his once so amazing football career as a star-starting quarterback for the San Francisco 49ers. Kaepernick took his last snap as a professional football player. January 1st, 2017 was Kaepernick's last snap as a once so simple mistake cost him his multi-million dollar life. Although Kaepernick wasn't done, Under armor partnered up with Kapearnick to try and create sponsorship and bring awareness to the inequality in African Americans' lives. This is currently a big part as after all the police brutality and the death of George Floyd, but now that this has happened a lot more athletes are starting to take a knee for the National anthem but why aren't they getting the national backlash as Colin Kaepernick, they are doing the same thing and sending the same message, aren't they?

In the end, maybe African Americans not being let in the league was better overall, as it made them stronger and more motivated and as they broke out the league became more theirs. This made them stronger and better overall, this made them play with fire in their eyes. They wanted it so bad they made it happen, and that is how it has to be done. Going back to the thesis how race and racism have affected black people through the years, and how they have bounced back to control most sports. This affected them terribly in the beginning but in the long run, it made them the better stronger athlete and they took over the power. Now some of the best most successful high-paying athletes are African Americans. This comes from sheer willingness to accomplish their dreams and goals. Even though it was horrible and their rights were never equal they made it where they wanted to be in the end and this is what makes America's professional sports the best professional sports in the whole world. The willingness and motivation behind these athletes set Americans on top and without our rough racist encounters in the beginning American sports would not be as great as they are to this day.

This article was a perfect article to start and base all of my paper off of. It is done

from a  Pro sports organization and shows all evidence. It has great facts like how

many racist acts there were in each sport and how its decreased but still is a thing.

I also enjoy this article because it gives the hard straight facts and nothing else.

This article is one way I'm going to stay unbiased on my writing. This is written

by and african american author and it is nothing but the hard facts. The author

problems involving racism. Overall a very informative well written writing I will Use.

evidence. It is also written professionally and I will definitely be using some of

these great facts are in my writing. This author has a great prospective like he almost

takes a step back and looks at everything fairly and I like him for that.

didn’t know. This article provided me with lots of information on coaching and how

racism was affected then. As well it said if Blacks were hired they were put in 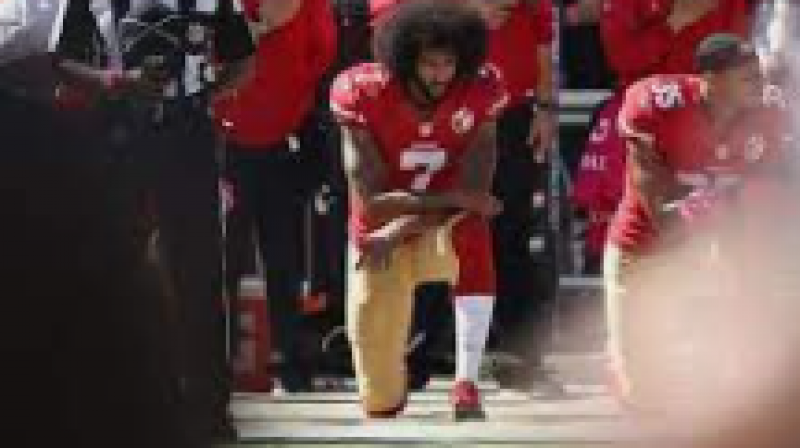 I love sports and I play soccer for club and school.