This is MY Court | Teen Ink

This is MY Court MAG

The huddle breaks and I stride toward halfcourt, exchanging small talk with teammates. As I step inside the centercircle, I am patted on the back and whispered encouraging words. I flashthe opposing center what I hope is a confident (though challenging)smile despite my writhing, nervous insides. We size each other up: sheis a few inches taller, but I am more filled out; she is gawky and seemsunsure. When she takes in my wide stance, hands on hips, flashing eyesand mocking smile, her confidence ebbs a bit more. I make a note to takeadvantage of this later and shoot her a look that says, This is mycourt.

The referee halfheartedly recites the standard “Playfair” speech. The banter of both teams quiets and I can feel thecircle of restless bodies tightening around us. A hush settles over thecrowd, and I gear myself for the action.

I bend my knees and mymuscles grow taut. All my attention and energy is focused on the ballthe ref tosses up. My head snaps back and as soon as it’s inreach, I spring as high as possible, arms outstretched. Feeling thesmall bumps against the tips of my fingers, I rush back to earth andimmediately focus down court, searching for an open player. I pass theball overhead and jog down, waiting for a signal so that I know exactlywhere to look for the ball. My body settles into a rhythm, heartpounding, breath rasping. Everything else is left behind - friends,fights, family, school, all of it. At this moment, my life revolvesaround that little piece of orange rubber being passed between myteammates.

‘T,” screams the guard, letting us knowwhat play she wants to run, and I shove past two opposing players to thefree-throw line. I center my attention on my guard and as she turns toher right, I mirror her, sliding sideways until I am almost under thebasket. I jump as the ball is passed my way and pivot to see the unsurecenter, so I lower my shoulder slightly, and push her out of the way andmake my shot. After hearing the satisfying swish of the net, I turn andtear down the court, hearing cheers and a few boos.

Next I stopat the basket, hands on knees, and search for the other center, who isnow wearing a face of shame and embarrassment. As she heads toward me, Ifollow, allowing her to move closer, then dart forward, surprising her.I grind to a halt, forcing her to stop, blocking her path to the basket.She tries moving around me, but I follow like a shadow, my eyes neverleaving her waist. She tries to feint left and duck right but I justgrin and mutter, “I don’t think so.”

“Ohyeah?” she replies in a somewhat unsteady voice. My grin spreadsand I nod. We start something like a dance across the court, with hermoving and me imitating, only backwards, giving her a slight nudge witha shoulder or an arm when she tries to push past me. I can feel herfrustration and ready myself for an explosion of energy when she becomesso mad she might try to run right through me.

For an instant, Iavert my eyes and feel a brush against my side. She got away. Now itbecomes a game of cat and mouse, and she, unfortunately, is the mouse. Irun to her inside, and just as the ball rushes her way, my hand fliesthrough the air and knocks it out of bounds. As we run down the courtside by side, I smirk a little. Her eyes flash, and I can feel hermuscles tighten, but she doesn’t respond. Shaking my head, put mygame face back on.

Intimidation. One of the biggest factors ofbasketball, one I usually don’t pay much attention to, becauseat 5' 10" I’m a little hard to intimidate, and don’tneed to do much to intimidate others, but this girl made it easy. As thesame play is called, I run toward the basket, but as I pivot, she isready, and moves ever so slightly out of my way. Yes, my mind screams.She knows I will push her, and so she has moved out of the way. A bigmistake because she has inadvertently given me more room to maneuver,but the play isn’t over yet. As I raise my arms to take a shot,one of the girl’s arms flies toward the ball, trying to ruin myshot. Oh, no you don’t, I think. This is my shot and you will nottake it from me. I grit my teeth and duck with the ball. Thegirl’s arm flies harmlessly over my head and I jump to make aneasy shot.

“Gotcha!” But I have spoken too soon andthe girl not-so-harmlessly slams the ball right back into my face as Itake my shot. I fall to the court, wincing, and land heavily. I’mnot hurt, but the girl has pulled one over on me and I am shocked morethan injured. She throws me an impish grin, followed quickly by a facemixed with guilt and indecision as to whether to help me up ornot.

“Ooohhh,” wails the crowd. I glance up, havingforgotten the spectators are watching my every move. My coach pacesworriedly along the sidelines and crushes a piece of paper against herhand, muttering and motioning for a sub in case I’mhurt.

“Are you okay?” she yells. I nod, not payingattention to the girl who is still standing a few pacesoff.

“Then get your lazy behind down thecourt!”

I laugh and jump up, ignoring the girl’shand, causing her to turn some interesting shades ofred.

“Ooohhh, burn,” cries the crowd, now excited andswaying on its feet, craning for a better look at the embarrassedcenter. I smile at the crowd and my coach, brush myself off, and trotdown the court to four grinning teammates.

Even though I haveendured many injuries and disappointments, I can’t stay away froma basketball court for long. It’s where my heart is, and when Ihave a basketball in my hands, that’s when I am happiest. Theexhilarating rush of a successful basket, the adrenaline of beingface-to-face with an opponent defending her basket, the challenge ofkeeping someone larger from the basket while treading on the edge of aref’s temper, flirting with a coach’s borderline hystericalpersonality at crunch time, and a fierce determination to be better thanthe other girl - that’s what I live for. The emotions runninghigh, the sweat mixed with tears, the laughter, anticipation,frustration, gloating, jealousy, and intimidation, and knowing that nomatter what you do, you will always have four girls standing behind youready to defend you with everything they have. That’s basketball. 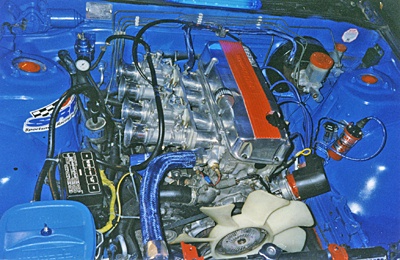