It was already 11:30 and I was still running around finding the last few things I needed to throw in my suitcase. I had to be at school by noon to leave for the trip of a lifetime: Europe with my French teacher and 15 friends.

The trip was 16 days in July, but for me it had begun in November when I received the first bit of information from my French teacher who was planning to go to England, France and Switzerland. Throughout the year in French class she showed us slides and told stories of past trips, which made me even more eager to go.

The trip really began when we all met at school to take a charter bus to Canada so we could fly out of Toronto to London for our first taste of Europe. Starting in London would let us begin our trip with a new culture, but the same language.

Arriving in London and getting to our hotel wasn't too out of the ordinary, the only difference was driving on the other side of the road. No trip to London would be complete without seeing Big Ben, Westminster Abbey, St. Paul's Cathedral, a changing of the guard at Buckingham Palace, and, of course, Harrod's. We even ate at the original Hard Rock Cafe.

Although were were only in London for two days, I quickly learned I was in a totally different world. Really, the only similarity was the language. Everything was different, from the clothing styles and accents to what people eat for breakfast and drive for cars. Even street crossings were different. It was a far cry from my hometown.

When it came time to leave, we boarded the Eurostar and zoomed through the tunnel under the English Channel to Paris, which was an interesting experience.

Paris itself was absolutely fabulous. Everything and everyone was so beautiful, and haute couture. We had five days there, so we were really able to take in the Paris experience. From the top of the Eiffel Tower we could see the entire city. We cruised the Seine River, and absorbed history at the elegant Palace of Versailles just outside the city.

The best part of Paris was eating at the cafés, browsing at stylish boutiques, exploring the open-air markets, and wandering through Montmartre, the art district. Having to speak French was a challenge, and understanding the Parisians was an even bigger one, but there were a lot of people who spoke English.

In the Provence region and the Cote d'Azur we weren't quite as lucky finding English speakers, but the people were more welcoming than in Paris. Southern France seemed much older, and had a very Mediterranean influence. We visited Roman ruins such as the Pont du Gard, and two Roman coliseums. These regions of France were much more laid back than Paris. Walking the streets of cities like Avignon, Arles, or Nîmes really made us feel like we were in a whole different world; everything had a very different style. We spent a week soaking up the sun, culture and the scent of French perfume all over Southern France before leaving for Switzerland.

Switzerland truly has one of the most beautiful landscapes in the world. The Alps are very dramatic, and the rolling hills below the tree line are green like you wouldn't believe. We stayed in the city of Lucerne, which is part of German-speaking Switzerland, but everyone spoke English well. The city looks like it is right out of a book, with its architecture, cobblestone streets, and window boxes overflowing with flowers.

Before arriving, our guide told us that the Swiss as a whole are very disciplined, and it shows - there is very little pollution and the cities are very clean. Lucerne is located on a lake surrounded by mountains. Every day in Switzerland the sun shone, and the water in the lake was the deepest, most beautiful turquoise. I had never been anywhere so beautiful in my life.

Traveling to Europe and experiencing its cultures was the opportunity of a lifetime, and being able to go with friends made it even more fun. I was able to see firsthand how different life is around the world. I wish I could go back and learn what life is really like in Europe instead of seeing it as a tourist. 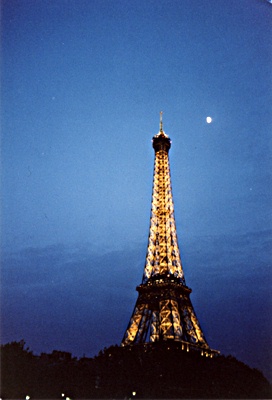