Olek Staniek is an eight year old boy living in the streets and farms of Poland in 1938. After encounters with friendly (and not so friendly) Poles willing to help him, he is swept up in the "windy city" of Warsaw. There, Danuta, a five year old little girl captures his heart in her tiny, but unbreakable grip. Olek, after witnessing a man burned alive in the Luftwaffe Bombing of 1939, is consumed in the Nazi invasion of his beloved Warsaw.
Too soon, the Warsaw Ghetto is completed, and Olek must endure many hardships, including being shipped off to the wickedly feared camp: Treblinka.
There, he is adopted into the Sonderkommando, a special work unit assigned in doing the dirty work around the camp.
A narrow escape during the Treblinka Uprising brings Olek back to the struggles of being a wandering orphan in Poland, only this time plagued with nightmares of the hideous things he witnessed in the past years. Stricken with Post- Traumatic Stress Disorder, Olek must learn to heal, to accept, and to let go of his darling Danuta. 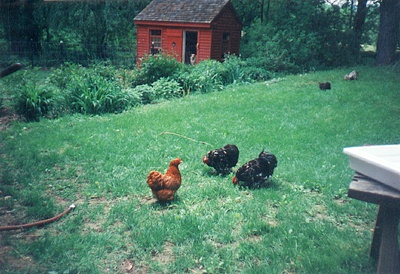 Favorite Quote:
"It's LeviOsa, not Leviosa." "Potentially problematic." "... emotional range of a teaspoon..." Can you guess who said those?

Favorite Quote:
\"If we do not hang together, then assuredly we will all HANG seperately.\" --Benjamin Franklin

Favorite Quote:
There is no telling how far you will have to run while chasing a dream.

This book has 3 comments.

Amsterdamsel DIAMOND said...
on Sep. 15 2011 at 8:17 am
Amsterdamsel DIAMOND, Henderson , Nevada
54 articles 2 photos 69 comments
View profile
sorry, i did not see this comment. but thank you for reading it. and i know that it needs ALOT more research, it's not finished. modern day translations of geography are hard to find, i think. but im still trying. the project is ongoing.
CoriA said...
on May. 30 2011 at 12:11 pm
Very, very strong writing. You must have done a done a ton of research. Dialect is used well- I can practically hear your characters speaking. A couple suggestions; would they have really used to hydogen peroxide to disinfect cuts? And raspberry jam and raisin bread? Are you sure that is in correct historical context? It seems a little off for WWII era. You give the names of towns, but it is often unclear what modern-day country you are talking about. That can be confusing for readers who don't know a lot about the geography of Europe.
Timekeeper DIAMOND said...
on Mar. 31 2011 at 5:51 am
Timekeeper DIAMOND, Cary, North Carolina
62 articles 0 photos 569 comments

This was cool, I really liked your descriptive writing. I really felt like I was right there beside the characters!

Would you mind checking out my novel SuperNOVA on the front page of the novels section and leaving your thoughts on it? Thanks :D