Starvation can be found everywhere and is a seemingly never-ending battle that could be solved with help from our country. Americans, for the most part, are able to get what we want when we want it, whether it is spending ridiculous amounts of money on clothing or buying candy bars we really don’t need. We are the kings of waste. If we took a look at any third-world country, we would realize how little effort it would take for us to save lives.

Although it exists all over the world, starvation is more prevalent in areas like Africa where 30 million people are at risk of starvation or death from malnutrition. This is one of the facts of which World Message Day (worldmessageday.com) is trying to remind everyone. They are also making people aware of the astonishing rate at which people die from starvation: every 3.6 seconds someone will die, a quarter of whom are children under the age of five. This could change if Americans gave up a fraction of what we take for granted. Coincidentally, two of the items Americans abuse most - cigarettes and food - are the leading causes of preventable death in our society. The money we spend slowly killing ourselves with these things could be used to save lives.

Americans have one of the highest standards of living in the world. We expect to see a hearty meal on the table three times a day but most of us eat even more than that. Being a necessity to life, we generally do not consider food a luxury, nor do we expect it to be the cause of our death. The truth is, we take this precious commodity for granted, resulting in overweight (even obese) children and adults. We do not think twice about picking up extra snacks we do not need; we consume impulsively, only hurting ourselves. It also adds up to a lot of money and can cause excessive weight gain, our second leading cause of preventable death.

In third-world countries the leading causes of death are starvation and disease. We should take this into consideration and not always put ourselves first. Not only are we putting our health at risk with our habits, but causing the nation to spend billions of dollars annually on medical expenses.

Obesity has shot up alarmingly in recent decades, resulting in over 300 million overweight adults globally. According to ABC News, from “1960-62 the average man weighed 166.3 pounds. By 1999-2002 the average had reached 191 pounds,” a 25-pound increase. Not only did Americans waste money to pack on this weight, they also had to pay for the consequences, including hypertension, diabetes and high cholesterol. According to the Chronic Disease Prevention Organization, just a 10 percent decrease in body weight for obese people can reduce medical costs by $5,000 over their lifetime. But we feel the need to have this luxury always at our fingertips.

Another luxury, if you want to call it that, is at the fingertips of roughly a quarter of all adults: cigarettes. They are the number-one cause of preventable death in the United States, yet remain the most heavily advertised product. While people all over the world don’t receive proper food, cigarette companies are hooking more consumers into their addicting product by the minute. Americans are, and always will be, willing to buy cigarettes at the shocking price of five dollars a pack (and their life, of course). Over the course of a year, the expenses of smoke-related illnesses add up to “$65 billion in health-care costs ... [that’s the same as] $262 per American per year” (ALA of Georgia). This money could be put toward doubling what a quarter of the world’s people live on per day: a single dollar. If each American gave up smoking only one pack per week, that could allow someone who usually lives on $365 per year to live on $730, drastically changing their standard of living. According to the American Lung Association, 23 percent of high-school students smoke. In my small high school, that would mean approximately 90 students smoke. If they were to smoke one less pack a week for a year, they could donate $23,400 to helping the starving in third-world countries. This is not very much to ask, and is just a fraction of this abused luxury. Most students would fail to even notice this difference, but it would be critical to saving thousands of lives.

Between cigarettes and food, not only are Americans wasting billions of dollars as they destroy their health and the health of those who breathe second-hand smoke, they are neglecting the wants and needs of others. The money spent on these two excesses could instead end starvation across the world. Though no human being has the right to say that the heaviest person in the world or the biggest-chain smoker has more right to live than a starving child, we do it every day by not taking others into consideration. Giving up a tiny bit we do not need every day, we would not be changing our lives as much as saving and improving the lives of others around the world. 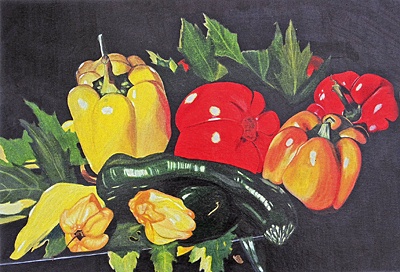