The symbolism of seasons as representatives of stages of life is widely acknowledged. The idea that spring and birth are related is not a new concept. Furthermore, it is not unusual to hear summer being compared to youth and winter is often used as a metaphor for death. Following this pattern it is safe to assume that fall would embody adulthood and middle age. Why is it that one of the shortest seasons is made to symbolize the longest period of our life?

The standard estimate for season length suggests that all of the seasons have an equal span of about thirteen weeks. However, in Buena Vista, Colorado it seems that winter and summer far out last spring and autumn. If you base seasonal change on growing season you would probably agree that this area has short planting and harvest times.


Some might argue that the seasons to life analogy has a falling out when it come to autumn. The likeness of other seasons to the years a being spends living are easy to identify, but fall is the exception. It might be logical to assume that fall is associated with adulthood merely by default. Conversely, it is all too easy to see correlations between autumn and maturity. Practically it makes sense that such a short lived season would remind us of the period of our lives that we tend to spend the least amount of time considering.


Spring obviously typifies rebirth and renewal. In Sir Thomas Malory’s, Le Morte d'Arthur, the author emphasizes the reproductive aspect of spring.
The month of May was come, when every lusty heart beginneth to blossom, and to bring forth fruit; for like as herbs and trees bring forth fruit and flourish in May, in likewise every lusty heart that is in any manner a lover, springeth and flourisheth in lusty deeds. For it giveth unto all lovers courage, that lusty month of May (Malory, Sir Thomas).
The line “…every lusty hear that is in any manner a lover, springeth and flourisheth in lusty deeds,” suggests that every creature partakes in mating at this time of year. The imagery is easy to relate to the infancy stage of human life. Considering how much emphasis is placed on this crucial point in all Homo sapiens’s lives, it is not surprising to see the fondness and importance mankind puts on spring. Birth is a highly celebrated event, just as we rejoice in spring. Sex itself might be the most thought about topic of all the subjects humans consider. Survival is the most basic instinct we have. All organisms seek to reproduce and to carry on their species. The reason for the reverence we give to this season may clearly be seen from these facts.

Summer too is a much respected season. Youth is habitually connected to summer because it is known as the “growing” season. "T'is now the summer of your youth. Time has not cropped the roses from your cheek, though sorrow long has washed them" (Moore, Edward).
This short piece explains that summer is the time before your youth has flown. “Cropped the roses from your cheeks,” alludes to the vivaciousness of childhood. The reason summer and our youth share such a bond is partially because of the affection we have for that age. A good portion of our old age is spent wishing for youth; just like how in winter we dream of summer.
The parallel drawn between death and winter is easy to spot. Winter is the season where life seems to stagnate. “…Earth's inhabitants have weakened. No more fighting the storm, Just hiding inside as it rages…” (Maria O'Connor). By now, life has become a waiting game. For some sturdy creatures the wait is only for the coming spring. Less hearty beings are waiting to die. Winter claims the weak and the old. This is why old age and death are so often combined with its freezing temperatures and barren landscapes. Death is a fascination to humanity. A fantastic portion of our energy is devoted to its mysteries. Death reigns over other events in our lives because of the significance we give it.
With these three other periods of our lives it is no wonder that middle age and adulthood are given so little concern. Much of our maturity is spent embracing sex, wanting for youth, and pondering death. Autumn is just as overlooked as a season. Fall cannot compete for recognition amongst such admired times of year. Autumn is often seen as merely a preliminary for death. It is also true that a vast amount of people take an equally negative approach to adulthood; resolving to think of it as a precursor to death and old age.
We fail to see the beauty of autumn much as we fail to see the worth of middle age.
Where are the songs of Spring? Ay, where are they?


Think not of them, thou hast thy music too,-…
And full-grown lambs loud bleat from hilly bourn;
30
Hedge-crickets sing; and now with treble soft

The redbreast whistles from a garden-croft;


Keats writes of how we are too preoccupied with other seasons to appreciate what we are experiencing in the present. Relating this to life we can conclude that too much time is spent wanting for things we used to have or things yet to come. Instead our focus should be in the now. Just as much gratitude should be practiced during adulthood as any other time in our lives.
In Alfred Lord Tennyson’s, “The Oak,” he describes the life of an oak tree and the seasonal changes it undergoes.
Live thy Life,
Young and old,
Like yon oak,
Bright in spring,
Living gold;

All his leaves
Fall'n at length,
Look, he stands,
Trunk and bough
Naked strength (Tennyson).
This poem is easily relateable to the life of man. Autumn is just as important as any other season in the literal and metaphorical sense. It is important to remember this idea and to believe in middle age as an equally important part of life. 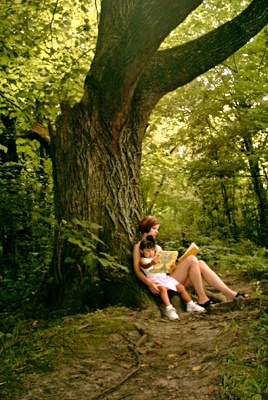