(part one society)
Society is truly the greatest of all ironies, there is no more redundant mechanism on this earth than the cast system of human civilization. Think of our society like a big clock; each person is like a piece of the clock. To make the clock work you need an assortment of gears and springs, much like how our society relies on the diversity of its occupants to function. However, it also works in an opposite effect; it is pure human nature for humans to isolate certain groups to create a sense of unity within their own cast. In shorter terms, prejudice and discrimination is all too natural in the human psyche. By doing this the clock no longer has diversity; all the springs are with the springs, all the gears are with the gears, so it is presumed that the clock would fail all together, but our society has yet to completely fail, so the question stands, when will the clock stop working? When will our society collapse? Or if it’ll collapse at all, if you look back on other ancient societies like Greece and Rome you’ll see that all the economic revenue in the world couldn’t have stopped their failure, disunity is like a disease that looms over every empire, so the question is now narrowed down to; When and how. The when is unforeseeable, but evidence of the digression is evident in the United States, however I can personally predict that our country has quite some time before we burn like the Romans. After all, our country isn’t exactly a stranger to chaos and disunity; we’ve taken quite a beating from the civil war, social activism, not to mention that our principles represent the very essences of unity and freedom. Most of our battles have been fought but it doesn’t mean those battles won’t be fought later, we can’t fight human nature, we naturally fall into the race based cast systems and it’s only a matter of time before we stop discriminating against black people and start enslaving, say for example; atheists. We mentally rely on the cast systems for comfort, however there is time between the two transitions so I can’t say that we’ll be acting on these cast systems all the time, but it does happen to all empires, so what makes ours an exception? I expect that as you’re reading this you’re saying to yourself; “But I’m not racist, or sexist and I support all religions” that can mean one (or more) of these two things; one, you don’t have to be racist to isolate groups, like in a school, all of the “social rejects” are the isolated majority and the “social elites” are the isolators, but they don’t have to be racist or discriminators. Or you really are a person who doesn’t do that sort of thing, it’s not impossible, just very unlikely, and just because one person doesn’t follow the cast system doesn’t mean everyone does, and all it takes is a majority or a single powerful person to create a cast system. Our society is also full of hypocrites, take a politician for example; if that politician has a family and kids he probably tells them to “play nice” or “do the right thing even if it’s harder” but at work as a leader in politics he probably doesn’t live by those standards. He probably doesn’t realize that he’s doing this but other people do, hypocrisy can twist and warp moral values to the point where right is wrong and wrong is right. 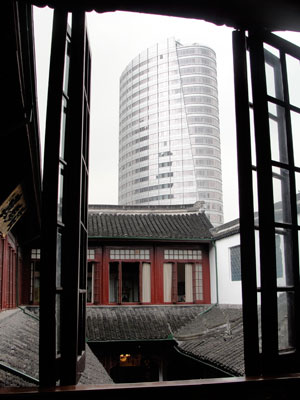 The author's comments:
(Prelude)
This article may contain sensitive content to some people like political leaders and philosophers, and you may read a passage at one point and say to yourself “That’s not true!” or “how do you know?” well that’s because I’m not a “world renounced psychiatric professional, or a super whiz who spends all of his time researching economic junk, I’m just a very observant novelist who would to give you a view through the looking glass that I look through every day, a way to express a view on our world as we know it and perhaps open our eyes to the world around us, I don’t spend every waking hour pondering this but it is the world as I know it and I would like to give you a tour, who knows… maybe our worlds are closer than they appear… as you read this book keep an open mind and think about what I’m writing, and remember; I’m not a professional! If you quote this aricle and it turns out someone else doesn’t agree with something in here, please don’t sue me, I am just expressing an opinion here, so with the prelude aside, let us dive into the looking glass.
Post a comment
Submit your own

View profile
This was a very thoughtful article. I personally agree with much of it, and some it I don't. It was very engaging, and targeted some of the principles of human nature. Great job!
ansem_unlimited PLATINUM said...
on Nov. 18 2013 at 4:35 pm
ansem_unlimited PLATINUM, Frederick, Maryland
33 articles 0 photos 140 comments

View profile
WOW. Firstly what I'm itching to say is that this article is just COMPLETE truth and I love truth so I love it. Anyway, it probably is "caste" and not "cast" and as you used the word quite a few times I though I'd point out. Oh and secondly, the last lines and paragraph is really so simple and yet so potent in itself that I can do nothing but say Yes yes yes yes.