The Pit Bull: Beauty or Beast?

In your head, picture a Pit Bull Terrier. Is it big and scary-looking, its mouth wide open, its teeth barred? Or is it an adorable little puppy? If you’re like most, chances are you envisioned a ferocious beast bent on killing you. And, if you’re like most, you’re wrong.


I’m sure you’ve heard of Pit Bull attacks on the news billions of times. The man mauled by his neighbor’s dog because it got loose. The little girl attacked by her uncle’s Pit Bull after he lost the leash. The illegal dog fight gone wrong. Do you notice a trend here? One man didn’t properly lock up his dog, one didn’t tether the leash or teach the dog how to heel and one bred his dog to fight. The owners all made mistakes. That’s the root of Pit Bull attacks, not aggression. Dogs owned by responsible, law-abiding citizens are rarely the dogs that attack. It’s never the animal’s fault in any attack. The animal does whatever its supposed to. When a snake sees food, it strikes. When a shark smells blood, it bites. And when a Pit Bull is frightened or intimidated, its fight or flight instinct kicks in, and, unfortunately, there is often no way to run, so the dog is forced to attack.


Why would you think a dog that is properly leashed, tethered, caged or trained would spontaneously attack a person? It wouldn’t. A dog that escapes the yard could become scared and attack, sure. But one in a yard with a tall fence and a locked gate wouldn’t, would it? Another reason Pit Bulls get a particularly bad rap is because they are bred for dog fights. The ones that are bred specifically to fight are prone to attacks. But if you get a Pit Bull from a proper, respectable breeder, it won’t be trained to fight. While regular dogs from a decent breeder owned by a responsible person can snap and attack, it is unlikely and almost never unprovoked. Just as a dog bred to pull sleds will pull sleds, a dog bred to fight will fight.


Another misnomer about Pit Bulls is that they have a locking bite. They don’t. Very few dogs do. While they tend to hold on pretty well once they bite, its not locked, and you could pry it open with a stick or hit it on the nose just as you could with any other dog. There are dogs out there that do have locking bites, but Pit Bulls aren’t one of them. They also aren’t that big. There are smaller dogs, but there are also much, much bigger dogs. And any dog can attacked if provoked, not just Pit Bulls.


All in all, the Pit Bull Terrier is really a loving, gentle dog. It is a very loyal breed that has a pretty good track record of helping people. Although those events never seem to get on the news. Pit Bulls are actually popular service dogs. While attacks can and do happen, if owners are responsible for their dogs and others arm themselves with the facts, not the news, we can help prevent them. Hopefully that huge, bloodthirsty killer you imagined earlier is gone now, replaced with a loving little puppy. Many of you won’t be swayed by reading this, unfortunately. I have stressed how wonderful these dogs are to my grandmother many times. We have long, animated arguments over the matter. But she still hates them. The shocking, almost startling truth is: 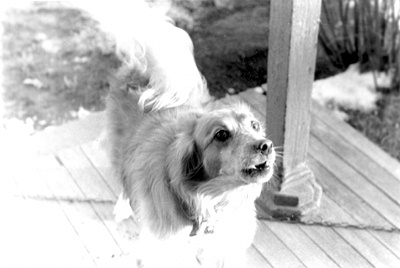 View profile
THANK you for telling everyone the truth. But btw, there are NO dogs that have a " locking" bite, that would make them a different species of canine.