The Truth About the Minimum Wage | Teen Ink

The Truth About the Minimum Wage

It has come to my attention lately that there are many people who are in favor of increasing the minimum wage here in America. And while on the surface that might seem like a fine thing to do, even an ethical thing to do, I assure you it is a grave mistake. In a few short paragraphs I will explain why at all costs we as a nation should resist big government raising the minimum wage.

Currently, the United States has a federal minimum wage of $7.25 an hour. Following President Obama’s line of thinking, he would like to raise that minimum to $10.10 an hour. Now, you ask, how can this be bad? People are getting more money, right? What’s wrong with people being paid more?

Well here’s an example. I work at Billy’s Burgers and I currently earn $7.25 an hour. I’m not upper management or anything; I’m just your common, everyday burger flipper (no offense to actual fast food workers). Suddenly, President Obama says that he’s going to raise the minimum wage. Yes! Now I can take my girlfriend to the movies more often, save up money for that new car, or maybe treat myself to a little vacation in a couple of months. The possibilities are endless!

But hold up hypothetical me. You don’t have the whole story. It turns out Billy’s Burgers (despite being the global giant it is) says that they can’t really afford to pay me $10.10 an hour. It’s not in their budget. I say to them that it doesn’t matter what they can afford. The President said they have to pay me $10.10. How can they just not pay me? I mean it’s practically preposterous!

And I keep thinking that it’s preposterous until I get the pink slip in the mail. Billy’s Burgers is reporting massive layoffs. Oh, I think, that’s how they can avoid paying me; they can get rid of me. I’m not alone in this layoff. Billy’s Burgers is laying off hundreds of thousands of employees, all because they can’t afford to pay the newly mandated $10.10 an hour.

To recap, the government says that if I’m going to work for Billy’s Burgers, they’ve got to pay me at least $10.10 an hour; Billy’s Burgers though can’t find the extra $2.85 an hour to pay me and the thousands of others, so they let us go. Simple right?

Unfortunately not everyone sees it that way. Many people argue that the wage should increase because the amount the minimum wage pays is no longer a “living wage” (i.e. a wage that I won’t starve working on). This is simply backwards thinking, though to the untrained eye it might seem like solid logic. If the price of goods increases, we should increase the amount you have to pay people so they can buy those goods. Right? Well, maybe not…

One should ask why the price of those basic needs have increased. Why is gas $3.50 now when it used to be only $0.50? The answer is the government. The government is going to print more money in order to “help” pay off the national debt. When more money is printed, however, there isn’t some big increase in the number of goods, and thus the price of goods increases instead. This is called inflation. That’s how you wind up needing to raise the minimum wage in order to make it a “living wage”. And if you remember from before, increasing the minimum wage only hurts businesses, which in turn hurts the economy, which in turn hurts all of us.

In order to truly make the minimum wage a living wage again (if the disproportion really has grown so great) we should cease printing endless stacks of money, and instead reduce the national debt by reining in spending. This would lower inflation significantly and in turn drop prices of many common goods that people need. It would also do so without forcing businesses to make tough decisions about money and employees; you know those same tough decisions that would hurt the national economy.

I’m sure though that Mr. Obama will not stop calling for a raise to the minimum wage as he continues to miss out on the larger picture. However, you dear reader have now been informed and I strongly urge that you write your congressman or woman, your senators, and your mistaken president and tell them the facts. Tell them not to raise the minimum wage and to instead consider reducing inflation and the debt through spending reduction, not printing more money. Sometimes Washington just needs a little nudge. And after all, a little nudge can go a long way. 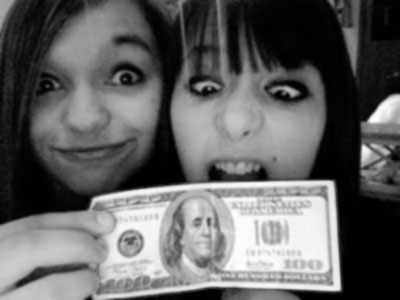 The author's comments:
Read this and I promise you won’t be disappointed. You’ll walk out more informed and better educated. Go on, read it. I bet you’ll even like it. And if you want to see more, just check out my profile. Happy reading!
Post a comment
Submit your own

View profile
This is something EVERYONE needs to know. Raising the minimum wage would not really decrease poverty.
Caesar123 DIAMOND said...
on Sep. 20 2014 at 2:40 pm
Caesar123 DIAMOND, Union Grove, Wisconsin
50 articles 7 photos 103 comments

View profile
Thank you! I’m really glad you liked the article. I’m sure you are very talented and a pretty good writer yourself. If we really want something to happen, to change something and make an impact in the world, it’s got to start small. Even the largest avalanche once started as nothing more than an echo. Or something philosophical like that. Thanks again!
EmilytheBelleofA. DIAMOND said...
on Sep. 18 2014 at 3:41 pm
EmilytheBelleofA. DIAMOND, Athens, Georgia
81 articles 5 photos 1486 comments

View profile
I read this, and was going to comment on this, but I forgot. Geez Luis, i'm sorry. I agree. Your article is very powerful and filled with truth. I love it, and i agree with you. You really have a talent and greatness in you; and I hope you know that, because you do. You are a wonderful and talented amazing writer and person, because you are. I especially love the last line in your article: "And after all, a little nudge can go a long way." Thank you, thank you so much for sharing this. ^_^
MeineFraeulein SILVER said...
on Aug. 20 2014 at 1:11 am
MeineFraeulein SILVER, Dubai, Other
8 articles 0 photos 13 comments

Favorite Quote:
"All we have to decide is what to do with the time that is given us." -- Gandalf

View profile
The least I can say is that you completely fulfilled your promise. I read this and my mind just OPENED. The most I can say, I cannot say. You're an amazing writer!