This ad was created by Ford to help sell motor vehicles. Ford attempts to use humor and a delicious-looking food to coerce you into buying their vehicle. The audience that Ford is targeting is young (16-25 year-old) people with busy schedules. Ford does the 115-point inspection on your car, so you don’t have to. The ad does not let on the cost of a new Ford vehicle: $15,000 to $30,000. Also targeted are well-off men or women due to the cost of the vehicles. The doughnut in the center of the ad may appeal more to males. No specific race is targeted with this ad.
Don’t picture a doughnut in an ad if you want to sell a car. The ad has a large picture of a doughnut in the center; delectable chocolate frosting with pink, blue and white sprinkles. There are 20 lines coming off the doughnut. Each line has something that is “inspecting” the doughnut: “Is it from the bagel family?”; “Is the chocolate good for my heart?”; “What if everything in life came with a 115-point inspection?” The ad is trying to use the humor of giving a doughnut a rigorous inspection to show that Ford looks at all of the minor points of their vehicles.
The literal meaning of the ad is that Ford gives their vehicles a tough Inspection. It is stated in bold letters near the bottom of the ad. There is, however, an underlying message. Because most of the comments about the doughnut are not serious, it makes you think that ford is making a joke about their inspection. Are there even 115 things to inspect on a car?
The ad is just silly. Ford is trying to use a doughnut to sell you one of its $15,000 to $30,000 cars. It cannot be taken seriously enough to trust the company. Unless you want to spend two minutes reading the thing, you will just pass it over (like I did). 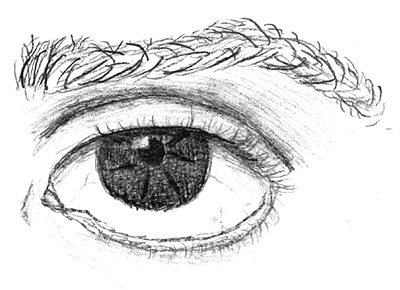 View profile
Opinion
The Effects of Television
By Anonymous