This is America | Teen Ink

“In this century of knowledge, being racist only proves how low in society you are''. -anonymous. Racism and the USA tend to go hand in hand. Why is that? The United States has a very longstanded and well-documented history of racism toward so many cultural groups going back as far as the “Christopher Columbus” era . Many historical events in American history such as WW2, slavery, and 9/11 have contributed the most to the long term racism faced in todays American society.

African Americans have been segregated within society dating back to the colonization of America in the 16th century.  According to the National Geographic Society, when the British first colonized America, in 1616, they brought slavery values with them. This resulting in the beginning of the trans-Atlantic slave trade. "20 and odd" enslaved Africans to the colony of Virginia. The Spanish and the Portuguese began bringing slaves from Africa to the shores of The US. The slave trade became legal in 1641 and continued till 1995 when the last state ruled it illegal (National Geographic Society). Even after slavery was illegal, many caucasian citizens associated black people as the lower status. Post slavery, there was a time period where U.S citizens thought African-Americans were below them and they were not viewed as equals. Forgotten History states that “ African Americans were denied basic needs like entertainment, education, transport, and business opportunities solely because of their skin color”. Society made it where African Americans and Caucasians were totally separated and they could never share the same things. Still, in today’s society, there is an ongoing war between blacks and whites. For example, the BLM movement is an ongoing protest against police brutality and the police prejudging African Americans. Many Americans seem to be stuck in the past with their views and stereotypes, from generation to generation small improvements have been seen but there is still a long way to go.

The events of WW2 caused multiple groups of people to be ostracized continuing on long after the war. On December 8th, 1942 at 8 am, Japan ordered a bomb attack on the United States’ Pacific fleet. The fighter jets destroyed over 20 American vessels, 300 planes, and killed over 2 400 Americans- most were innocent civilians (History.com).  According to Hisory.com, Japan had an interest in invading China to better off their economic status but first, Japan needed to take out Japan’s #1 ally, the US . The Japanese rehearsed the attack for seven months (history.com). The whole country was in shock as there had been previous tension between Japan and America but no one could have predicted Japan would have striked unannounced. On December 9th the president of the United States, Franklin. D. Roosevelt declared war on Japan and America became a part of World War II. Soon after, every Japanese citizen living in the states at the time was placed into internment camps all across the continent, to ensure the countries could supervise the actions of their Japanese population. Many were in fear of Japan making a second homeland attack. After the war ended, the Japanese experienced extreme hate especially from Americans . America was still stunted that Japan was even capable of an attack that big, they tormented the Japanese-Americans as revenge. Those citizens were also labelled sneaky and untrustworthy, society made a point of making them feel unwelcome and unwanted. This, however, is not the last time Americans made a large group of people feel unwanted due to the actions of a small few.

The events of 9/11 were a tragedy for all of America but the towering wave of discrimination against Muslims still haunts many citizens to this day.  On September 9th, 2001, the biggest terrorist attack in U.S history occurred and the terrorist group known as al-Qaeda claimed responsibility. Over 2974 people died, including 400 police and emergency responders ( history.com).  Four planes full of civilians were hijacked by 19 militants associated with the Islamic extremist group. The first plane hit the Pentagon in Washington D.C, the next two struck the World Trades Center in New York, and the fourth crashed in a field in Pennsylvania. The detoured landing was caused by passengers trying to disarm the hijackers (history.com). After 9/11, many American citizens felt the need to prove that they were more patriotic than the next person and shamed people who did not do the same. Up to two years after the fact, people displayed large flags on cars, houses, and businesses as a way to “show they weren’t terrorists”.  American became a very toxic place for many citizens, tourists, and immigrants of all descent. However, the Muslims had an especially hard time. Muslims make up 1% of the United States population(stated by history.com). From 2001 to the present day, Muslims have experienced a large amount of racism, discrimination, and volient hate crimes blamed on 9/11. Even though Muslims represent a small percentage of the U.S population does not mean that it was a small number of citizens who fell victim to these horrible acts in many forms.  Everything from horrifying hate crimes to no-fly lists, The U.S has become an extremely unsafe place for their Muslim citizens.

Unfortunately, America is not the only country to have a history of racism and discrimination. Countries all over the world have fallen prey to the media, and fear of the unknown. However, it has been sensationalized in the media in reference to the USA and its somewhat backward ideals. The transition away from slavery took a great deal of time and effort, the effects of Pearl Harbor and other actions during WW2 can still be seen in various generations today, and we will continue to struggle with the backlash of 9/11 for years to come. 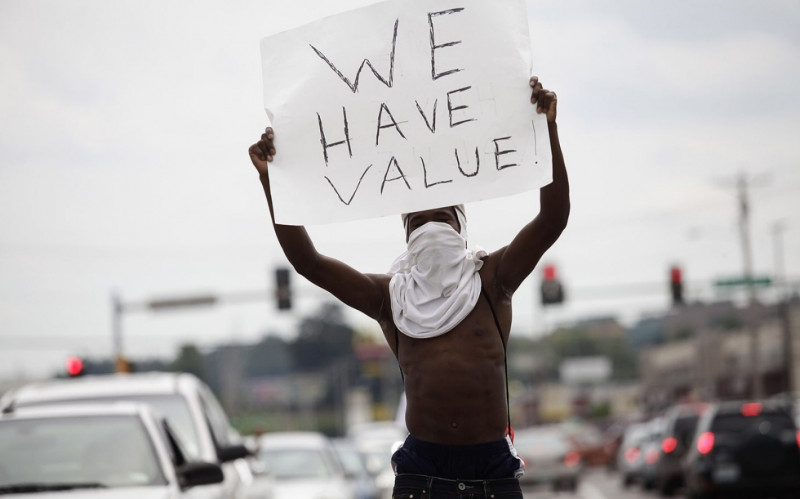 Hello, I have attached a personal essay I wrote in my ela class.This topic is something I'm very passionate about and very much enjoyed writing.Id love for people other than just my teacher to see my writing and hope to continue writing and publishing my work into the writing world.

I am a grade 12 student from Steinbach, Manitoba, this is my first time ever publishing my writing but definitely not the last. I've always enjoyed writing since I was a little girl and now exploring the opportunities of making a career out of it.

Looking forward to hearing from you soon, thanks for your time!