Racism in the American Healthcare System

Racism can be defined as discrimination and prejudice towards a person or group of people based solely on race or ethnicity. The idea and concept of racism has planted its roots deep into the structure of the American society and has become a strong factor in the development of many systems that still function today. These systems are such things as policing, criminal justice, and have become a factor in economic disparities.  Despite growing numbers of minority representation in the medical field, systemic racism still disproportionately impacts minorities in medicine through differences in healthcare, taken less seriously, lack of preventative diagnosis, and a thorough disproportionate impact during the COVID-19 pandemic. Throughout history, the healthcare system has developed in a systematically racist way, and it has impacted the quality of care that minorities and people of color have received.

Many members of minority groups, especially African Americans, have experienced some sort of difference in care compared to their White counterparts. Historically, non-Whites have had higher mortality rates, higher rates of disease, and less access to health care. The difference in care starts at the roots with the collection of biased data (Geneviève, BMC Medical Ethics). For example,  “a 2016 US study showed that medical students and residents held false beliefs concerning biological differences between Black and White people, which negatively influenced their assessment of pain and treatment” (Geneviève). In addition to this, members of minority ethnic groups are also underrepresented in several medical studies, which leaves the medical field with incorrect data to base their ideas and treatments on  (Geneviève). Less trust between doctors and patients also impacts the experience African Americans have with health care. Researchers who analyzed discussions between White doctors and patients found that they spent less time with patients of color (Doyle, Reuters). Furthermore, African American patients were unable to specifically remember  information from the appointment as well as White patients  and had much less confidence in the recommended treatments their doctor provided to them (Doyle). Several studies have shown that Black men seek out the least amount of medical care from any demographic due to lack of trust in the healthcare system (Frakt, The New York Times). A study conducted in Oakland by the American Economic Association found that when patients are with a doctor who is the same race, they are more trusting in their opinions and recommendations (Alsan et al., American Economic Association).

Another biased experience that minorities face regarding healthcare is being taken less seriously overall. As mentioned above, several medical professionals have discovered that there are misconceptions about pain tolerance in African Americans;  a miconception that has its roots in slavery. During slaverty,  the beating and abuse of African Americans became common practice, and society began to falsely believe that they had thicker skin and higher pain tolerance than Caucasians. In addition to this, members of minority ethnic groups, especially African Americans, are less likely to receive proper treatment and are less likely to receive life-saving medical procedures. Research has shown that a Black patient is less likely to receive dialysis or a kidney transplant compared to a White patient in the same condition (The New York Times). Furthermore, “between 2005 and 2016, medical professionals were 10% less likely to admit Black patients to the hospital than White patients'' (Biggers and Rees, Medical News Today).

This difference in care is not limited to adults, but is endured by children as well. What is considered standard care for Caucasion children is not practiced as constantly among minority races in pediatric patients. For example, “Black children with appendicitis were less likely to receive appropriate pain medication than White children'' (Biggers and Rees). Pediatricians also prescribe ethnic children fewer  antibiotics when they are sick compared to White children. Mortality and chronic illness rates are also much higher in minority communities. African Americans aged 51-55 are 28% more likely to have some sort of chronic illness compared to Caucasians of the same age group (Biggers and Rees). In addition to this, maternal mortality rates (any death relating to pregnancy or due to a condition aggravated by pregnancy) are three times higher in African American women than White women (Geneviève). Maternal mortality rates are one of the most basic measures of the overall health of a country, and the disparity in numbers in America demonstrates how vastly different the healthcare system treats the Black community.

African Americans and other minorities in America also have less access to healthcare compared to Caucasians. In several cases, this is due to socioeconomic differences between these two groups (The New York Times). Areas with lower average incomes have fewer hospitals, medical centers, and doctor’s offices. These areas are predominantly populated with minority groups, especially in urban areas. These clusters of minorities are called ethnic enclaves. They usually are caused by immigration patterns and the tendency for minority groups to surround themselves with other minorities. For example, in “A Raisin in the Sun” by Lorraine Hansberry the family lived in a small apartment in a community of people of color. A main focus of the story was them moving to a new, “White” neighborhood with a nicer house. This shows how people of similar backgrounds tend to group together in communities. People of color also tend to have lower-incomes, meaning they are not able to afford healthcare or move to nicer neighborhoods with easier access to healthcare (The New York Times). These jobs also tend to have fewer benefits regarding health care, meaning they are not able to receive affordable care when they need it. Furthermore, medical conditions that impact predominantly people of color are not researched as extensively. For example, Sickle Cell Anemia is a genetic disorder that causes blood cells to become misshapen and defective. It can cause extreme pain and in extreme cases death. This disorder developed as a natural defense against malaria in Africa since it causes blood cells to die quickly to prevent the spread of the disease. Since its development, almost all patients with it have been Black. Since this disease does not impact as many White people, it has “received less attention than other diseases, raising questions about the role of race in how medical research priorities are established” (Frakt).

Mental health disparities have also become apparent between different races in America. On average, minorities have more strain on mental health due to stress, anxiety, and depression (Paradies et al., National Center for Biotechnology Information). The excess strain and pressure may be caused by racism in society. In addition to this, Black men have much higher rates of schizophrenia diagnosis as compared to White men. Data and research suggest that this is due to doctors “overlook[ing] symptoms of depression and focus[ing] more on psychotic symptoms when treating Black people,” (Biggers and Rees). On the other hand, Asian Americans are less likely to be diagnosed with alcohol dependency than other ethnicities, even when showing the same symptoms. This is caused by the “model minority” stereotype that is widely believed in society regarding Asian Americans.

Disparities by race can also be seen in numbers from the Covid-19 pandemic. In the past year, African Americans have had 4.7x higher rates of hospitalization compared to Caucasians and Native Americans have had 5.3x higher rates of hospitalization (Marshall, Mayoclinic). There is no biological factor in different races that causes higher vulnerability to viruses, which means these differences in infection are caused by environmental and societal conditions. “For example, racial and ethnic minority members might be more likely to live in multi-generational homes, crowded conditions, and densely populated areas…[this] can make social distancing difficult” (Marshall). In addition to this, jobs that are considered “essential” which workers could not take time off at the start of quarantine are disproportionately worked by African Americans and other minorities. This is because higher-paying jobs that can be done from home are mostly held by White people (Bureau of Labor Statistics). Overall, data has shown that ethnic and racial minorities have been more heavily impacted by the pandemic.

Throughout the history of our country, many systems have been built based on racism. The healthcare system is one of these institutions that has its roots in stereotypes towards minorities in society. There are differences in care, how seriously patients are taken, access to health care, and mental health rates based on race throughout the medical field. As said by Evelyn Hammonds, a historian of science at Harvard, “There has never been any period in American history where the health of Blacks was equal to that of Whites. Disparity is built into the system” (Frakt). One can only hope that with the attention being brought to this issue during the pandemic, reform will be brought upon the system and it will become a place of equal and inclusive care for everyone.

Hansberry, Lorraine. A Raisin in the Sun. Vintage Books, 1959.

Paradies, Yin, et al. “Racism as a Determinant of Health: A Systematic Review and Meta-Analysis.” PloS One, Public Library of Science, 23 Sept. 2015, www.ncbi.nlm.nih.gov/pmc/articles/PMC4580597/. 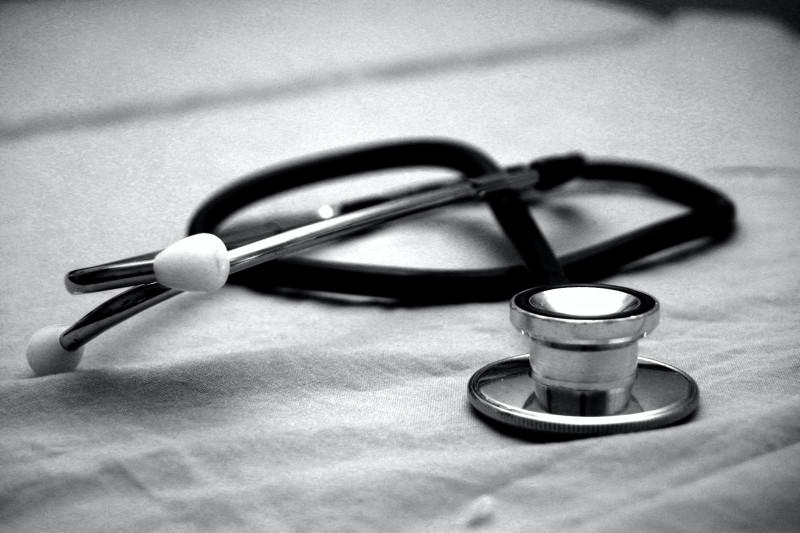