The Deaf Through Hearing Eyes

Since the beginning of time, mankind has strived toward building a sense of community. By nature we emphasize being a functioning part of that community, at times we may feel our community is weak, strong, or troubled-but what does it take to build a true, strong community? What does being a part of a community really mean? The dictionary definition of community is a body of persons or nations having a common history or common social, economic, and political interests or a unified body. However, this textbook definition seems lacking when looking at the Deaf community.
The Deaf community can be described in many ways, as well as through many perspectives. I, myself, am not a part of the Deaf community so I look at it as an outsider. I see the Deaf community as strong, unified, empowered and outspoken, though not without its obstacles, as seen in the documentary, “Through Deaf Eyes” when segregation of the races penetrated the culture. Personally, I have seen the sense of strength in the community when, last year, I visited OSD (Ohio School for the Deaf). While there I saw how close the students are in the way they talked with each other, joked with each other and so on. One thing I noticed about the community at OSD that I felt especially inclined toward was the lack of the “cliques” of an average high school. They did not discriminate each other by way of appearance or personality. In my own opinion, we could all stand to learn a thing or two from the Deaf community. The Deaf are very strong in culture; does this mean they are ethnic?
I don’t believe that the Deaf community can be classified as an ethnic community. In fact, understanding the concept of ethnic is completely out of my grasp. To say one is ethnic in America is to say they are different in such a way as to be excluded. Why is that, I ask? Can we not have open arms and accept all? Is our sense of pride so great that we cannot learn to adapt our culture to others as well? If we did that, no community would ever be ethnic because we would all share the same foods, ideas, so on. Though as individuals we may hold separate beliefs, we would know of their beliefs without judgment. When it comes to the Deaf community, to see them as ethnic is simply a state of perspective. We see them as ethnic for the same reason we see any community as ethnic, because we choose to. I believe the Deaf community is rich in knowledge and culture as any “ethnic” community is, and to exclude them or any other community is an act of insolence, as well as ignorance, on our part.
The Deaf community began as any community would. Deaf children were not understood by hearing parents and they did not quite know what to do. For the longest time it was thought the deaf could not communicate, let alone think for themselves. When the first school for the deaf was established in 1817, things began to change. The deaf were seen as able to learn yet they were still majorly underestimated. Then boarding schools began to open and parents dropped their children off without a word of explanation. Slowly the deaf throughout America found one another and discovered the unity of a community, and that’s when the culture flourished. The formation of this cultural community suggests a world of ideas about deaf people’s abilities, desires and interest. First and foremost, a deaf person is still a person. Human thoughts, feelings, ideas, and all; to treat them otherwise is insanity. A deaf person still wants to be involved, socialize and use his or her own special ability to make his or her place in this world. The implication made to the rest of the world by the development of the Deaf community is simply that a deaf person is none other than human. The Deaf community being formed showed all of us hearing people that deaf people desire understanding, that they wish to socialize with those who have a common interest, and that their abilities have great potential just like anyone else. With this very potential the Deaf community grew stronger and stronger
However strong the Deaf community may be, challenges do exist within-as with any other community. One major challenge would be the rift between the deaf and the hearing. As with the example of “DPN” at Gallaudet University, the Deaf are frequently discriminated by the hearing. Continuously they are misunderstood and this creates seemingly preventable obstacles. The deaf find it hard to get jobs as actors, or even jobs in general. Also, as stated earlier, the division between the races seemed to tear a rift in the community. Even schools for the deaf were segregated for quite some time.
Yes, the Deaf community had its challenges. Yet it showed us how different a community it really is through those very struggles. The Deaf community stood out, because though it took some time to climb over its mountains, it did it with strength and dignity. The Deaf community may have tripped up but it was not so full of pride that it failed to recognize its mistakes, as often the “mainstream” community does. Of course, the Deaf community is similar to any other community considering the fact that it is made up of people with similar interest and a common situation those persons can identify with.
I believe that the Deaf community is filled with vigor and zealous, yet is friendly and accepting. When I look at the Deaf community I see an empowerment that I as an individual wish to strive for and I must admit, at times I even wish I were Deaf. 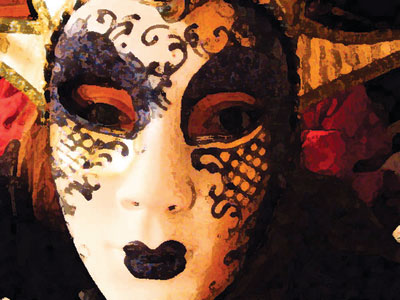