To Judge and Be Judged | Teen Ink

To Judge and Be Judged

People are judged unfairly all the time. I'm judged on a daily basis. We may be judged by our appearance, the way we talk, or just by the material items we own. People’s first impressions mean a lot, but the way you view them should not be based on just appearance. Before you make an assessment on the kind of person you think someone is, you should stop and get to know them first.
Everyone has their own tastes, styles, and opinions. Some people choose to wear clothing that is “in style,” while others choose to wear clothing that suits their own personal taste. When I see a person who drives a nice car and wears nice clothes, I often think of them as being rich. But that might not always be the case. While volunteering at food banks I have seen people who drive a Cadillac waiting in line for food. Just because people need help from food banks, does not mean they are poor, though. Maybe they lost their job, or they had a house fire that destroyed all of their belongings. You never really know. That does not give you a right to judge them, though. Just because someone doesn't have as much as you doesn't give you a pass to look down on them. The same goes for if someone has more than you.

Everyone has different likes and dislikes. Some people like chocolate, some like vanilla. Is it okay to hate them if they like vanilla and you don't? No. Some people like rap music, while others like country. Are you better than them because you like rap and they don't? No. Just because people like different things than another person does not mean they should be treated differently from one another. If a friend of mine likes a singer that I don't, I am not going to stop being friends with her just because of that. There are much more important things in the world to fight about than whether or not you think a certain singer is talented or not.
Even though people differ from each other, that does not mean that they should be judged just for what they choose to believe in. Not everyone has the same religion. People should not hate someone who does not believe in the same things as them. They also should not try to change that person's beliefs. Doing this is disrespectful and just not right. You wouldn't like it if someone did it to you so why do it to others? The same goes for race. People judge others by their ethnicity. But what does it really matter? We are all different physically and mentally anyways. One race is not better than the other. We cannot change who we are, because, (in the words of Lady Gaga) we were born this way.
You never truly know what goes on in someone else’s life until you learn who the person truly is. People should be judged by the things that honestly matter like what kind of person they are and how they treat others. We are all human beings and should be given fair chances to have people learn who we truly are. There will always be people who judge you, but if they don't want to see who the real you is, that's their loss. 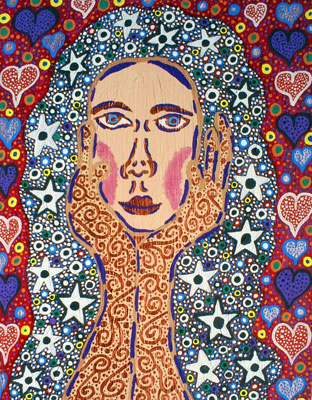 The author's comments:
Everyone is equal and should be treated that way. I wrote this to try to make people understand that it's not okay to judge people unfairly.
Post a comment
Submit your own