When I was younger, I wanted so, so badly to be like the big girls who wore makeup, pretty dresses, and high heels. What would it be like to have a boyfriend? Would I get cooties? I was so anxious to be an adult and go out in the real world.

However, the older I grew, the less I wanted to face the “real” world. The more I learned, the more afraid I became. I began to observe everything around me and what I saw was not pretty; starvation, fighting, but most all, severe inequality.

I was born in China and lived there up until three months before I turned eight. You might think that a seven and a half year old wouldn’t notice or remember much, but the things I saw will forever be ingrained in my memory. Some might be familiar with China and its one child policy, forcing every family to have only one child. Implemented in 1979, this policy has dramatically shifted the sex ratio in China’s modern generation; in 2009, the number of boys outnumbered girls by 35 million. The funny thing is, it’s illegal to reveal a baby’s gender in China before it is born. So why are there so many more boys? It’s due to the cold, cruel treatment of newborn females. A classically patriarchal society, Chinese families have long favored male children. Upon discovery that a newborn baby is a girl, certain families will desert, or in some cases, even kill the baby so that they can bear another child, hopefully a boy. Every day, baby girls are left on the doorsteps of orphanages by families that don’t want them because of one reason and one reason only. They are girls.

All over the world, girls are being undermined, denied equal opportunities, degraded, and turned into mere objects. Even in a country as seemingly advanced as the United States, there has never been a female president. Television, magazines, the internet, and other forms of media constantly display pictures that devalue girls. Commercials for products ranging from perfume to beer show increasingly more scantily clad women in order to attract attention. These companies’ main goal is money and money only, without regard to what sort of message they are sending to men and women alike. These campaigns make men think of women as mere sex objects whose existence is only “to please”. As if that isn’t sad enough, women often share that same ideology.

Women are becoming increasingly unsatisfied with their bodies. The dieting industry makes over ten billion dollars a year. If we are so focused on only our bodies, how can we ever hope to make a change in the world, to reach a position of true leadership? The campaigns of the media are teaching girls that their value lies only in their bodies, not in their minds; their sole purpose in life should be “to please” others.

Was I really given this life only “to please”? But I have so many big dreams and goals that I want to accomplish! Can I even do that in today’s world that expects women to just sit and look pretty and make babies?

Well, I know for a fact that I can’t sit still for very long. After hearing Eve Enseler’s speech on “Changing the Verb” and protecting the “girl cell” and watching “Missrepresentation”, a documentary about the way women is portrayed in today’s media, I have become fully aware of the problems that face girls in today’s society. These injustices were always in the back of my mind somewhere, but I never fully recognized how severe they were. Even though I have grown up now, there’s no time to wear makeup, dresses, and high heels. It’s time to take a stand.
In order to make a true change, the verb “to please” needs to be changed. Girls need to be represented by a far more empowering verb, one that truly represents what every girl is destined to do. I propose “to inspire”.

Every girl is born with so many wonderful qualities that she should share with the world. We girls beatify the world; we are the rays of sunshine that break through the stormy clouds. What better verb than “to inspire” to represent girls? If every girl sets out to inspire others with her compassion and intelligence, this world would be rid of its problems in no time.

So what’s standing in our way? Well, basically the whole of the world, including ourselves. We must first combat our inner demons that stream constant criticism. If we don’t have the confidence to believe in ourselves, then who will? In the words of Bruno Mars, you are amazing, just the way you are.

Secondly, we must stop degrading each other. Our criticisms of others are just another show of our inner insecurities. Each girl, just by the mere merit of being a girl, is amazing, talented, and beautiful. Alone, we are weak, but together, we can change the world.

Together, we can inspire other people to take action and make a change. Together, we can create a better, more equal world for the girls of tomorrow to live in. And maybe, just maybe, if every girl, instead of pleasing, inspires, then in the future, each girl will be able to pursue her passions and dreams, free from prejudice or bias. Maybe each girl will be proud of being a girl. 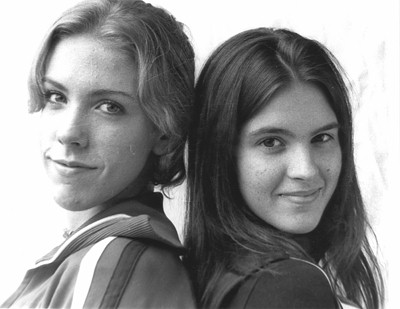 Favorite Quote:
"Nothing is impossible, the word impossible says i am possible" - Audrey hepburn <3

View profile
I absolutly enjoyed this! Amazing! I agree with 100% of what you said. That also goes along with something I'm working on. Women Should Be In Combat. Women are not sex toys, nor maids. They are human beings, living human beings! They cannot be stomped on! Great artical, Orielleiris!