Since there was a breaking news that happens at the local Starbucks in Philadelphia, 2 black men were arrested for absolutely no reason. These are not the suspect fault, it was an officer.

In the video, which was posted to Twitter Thursday by Philadelphia resident Melissa DePino, two black men can be seen being escorted out of the coffee shop in handcuffs. Customers can be seen and heard telling officers that the men did nothing wrong.

Included with her tweet, DePino wrote: "The police were called because these men hadn't ordered anything. They were waiting for a friend to show up, who did as they were taken out in handcuffs for doing nothing."

It's happening on April 15, 2018, when 2 black men went to Starbucks. When they were inside Starbucks, the 2 men wanted to use the restroom but were told the facilities are only for paying customers. The Starbucks employees then asked the men to leave, but they refused. Then the employees of Starbucks was dialing 911 to see that the 2 black men didn't leave the store, without reasons.

Then 2 minutes later, the police arrived at Starbucks and asked the men three times "politely to leave the location because they were being asked to leave by employees because they were trespassing." When the men again refused to leave, they were arrested "without incident." The men were taken to a police station and released when it became clear Starbucks didn't want to press charges. The employees call 911 to report a trespassing complaint, which means that the 2 black men were using a restroom before being asked by the police, which means that they broke the rules from Starbucks.

Philadelphia Police Commissioner Richard Ross defended the actions of officers in the video saying his officers "did absolutely nothing wrong." Ross told CNN quote, "They did a service that they were called to do," Ross said of the officers. "And if you think about it logically, that if a business calls and they say that someone is here that I no longer wish to be in my business, (officers) now have a legal obligation to carry out their duties. And they did just that."

Ross, who is black, referenced his own experiences while making his case, saying, "As an African-American male, I am very aware of implicit bias."
"We are committed to fair and unbiased policing and anything less than that will not be tolerated in this department."

Starbucks CEO Kevin Johnson apologize for the incident of 2 black men's arrest. He called the incident "reprehensible" and outlined steps the company would take to "help prevent such an occurrence from ever happening again."

Since the apologies, Johnson told CNN quote, "Starbucks stands firmly against discrimination or racial profiling," Johnson said in a statement Saturday. "I hope to meet personally with the two men who were arrested to offer a face-to-face apology. The basis for the call to the Philadelphia police department was wrong," he said. "Our store manager never intended for these men to be arrested and this should never have escalated as it did."

Johnson will take care of Starbucks after the 2 black men arrested for no reason at all. But the company tweeted an apology, saying "We take these matters seriously and clearly have more work to do when it comes to how we handle incidents in our stores."

A company-wide meeting will be held this week, Johnson said, to share what was learned from the incident, discuss next steps and "underscore our long-standing commitment to treating one another with respect and dignity."

2 black men arrested, Officer Richard Ross tells CNN about what happened to the men, and CEO Kevin Johnson apologize for the incident, these are one of Starbucks's most shocking and unbelievable moment in history. But for right now, the 2 men who got arrested has just got Starbucked. 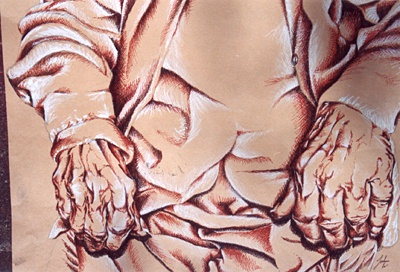 It's so dumb of how 2 men were arrested for absolutely no reason at all.