The ideal paper.io team should have first, a spawner. the spawner will hang back and carefully avoid any danger, so that all else fail the plot of land will not be lost and others can respawn where they are. second, a grower. the grower will be the daredevil, where the spawner must be careful to never die(if they die the team could easily die to, especially if no one realized), the grower is running out and grabbing the largest plots they can for their team. 3, maintainers. everyone else is to maintain the borders and fend off thieves. they should also even out niches and make sure there are no random spots of white at the wall lowering the teams score. as long as the team survives, you win. you owe your total allegiance to whatever team you have, not what team you just toiled to grow.

no one role is any more important than any other. especially the maintainers. if(when) the grower dies, a maintainer should replace them. the spawner should never die, but if such a thing happens, maintainers should also replace them. (maintainers and growers will also spawn people, the spawner is just designated to be safe) note that beginning a spawner is very boring, your just sitting there trying to stay back, but it is equally vital to success. at the beginning, regardless of role, to grow the plot everyone should act as agrower, unless you're the last person left.

my favorite strategies are when your stealing land and being chased, catch the people after you inside what is now your plot, it will instantly kill them(likewise, when your chasing someone, stay outside the plot their making). if you get lucky, and come across something shaped like a bowling pin, with a narrow neck, go to the color on the opposite side and come back(growers or maintainers, this is a wonderful opportunity, especially if their leading. obviously, spawners stay back). ever wondered what happens if you divide someones land in two? half of it goes white, and all the people on it. including their spawner(if they have one) if your lucky. it can instantly shrink their land and maybe put you on top. likewise, growers should be careful to prevent such oppertunitys forming, and maintainers should try and make small steps towards broadening it. also, trying to circle around the map. instead of just going for it, i double back repeatedly. f you can pull it off then you will instantly win and kill every other team, you'll just have to send out some maintainers to the edges to get it to 100%. it opens up a huge vunerbility, so maybe make sure a maintainers in your wake, keeping enemies at bay and widening the bridge. ve neverpulled it off.

Again, the team comes first, its only a game. i got 67% with this method(as spawner) and i was the only one doing it. several times i was the only one. finally i switched positions and died. i think i also had 13 kills(i was on off retreating for spawning, my strategy hadn't solidified and i was the only one following it.). if this gets used it'll be interesting to play with other people, or against other people, who have the same strategies. communicating your roles, especially if your spawner and when your grower die could be tricky. 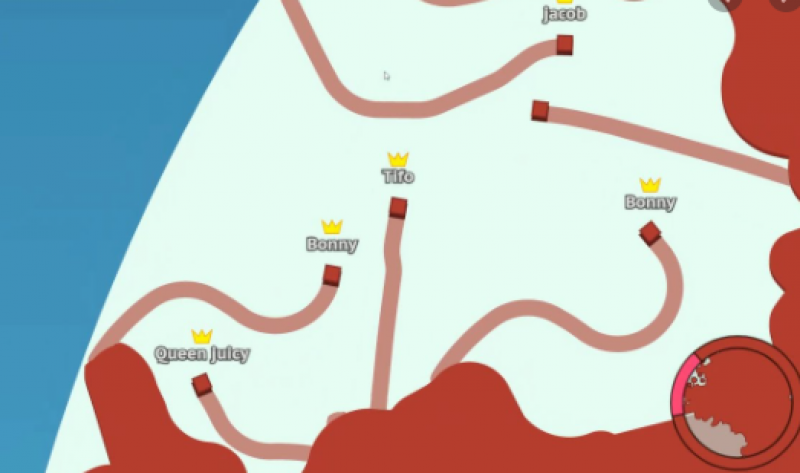