From Flying to Falling | Teen Ink

From Flying to Falling

“Did you hear about the Monarch butterflies?”  My dad asks me as we continue walking our Mini Aussie, Molly down to a lake. I shake my head, “No.  What’s happening to them?”  His face turns deathly serious, “Scientists think they might go extinct in the next year or two.”  I chew on his words, and move them around in my mouth.  They taste sour, and bitter, “What?  Why?”  I ask nervously.  Molly's ears perk up, like she’s listening.  “You know the big migration to Mexico?”

“Instead of hundreds of thousands, there were only thousands of butterflies at the nesting ground.”

The problem is humans.  Or, not exactly humans, but a problem humans have caused. Climate change, and pesticides.  Now, these are some big pebbles in our shoes already, but now these pebbles are sharpening their edges, becoming bigger and bigger problems, until we have to stop, and take off our shoes and attempt to dump out the pebbles, but they don't come.  We have to dig deep, putting some muscle into pulling them out.  This is how we need to react to climate change and pesticides, tackling one at a time.   And here’s why we need to take action.

Climate change and pesticides are beating down on the one food Monarchs can eat. Milkweed.  Climate change is making it very hard for the Milkweed to survive and thrive.  This causes them to become toxic to the butterflies, which then makes it unhealthy for them to eat, which leads to no stable food source for the Monarchs.  The final stage in this line of disaster is the Monarchs either starve to death, or become poisoned.

Scientists predict that 11 to 56 percent of the population will fall in the next 20 years, and the population may get so low in the next 20 years that the Monarchs won’t be able to recover, and disappear forever.  We need to do everything we can to reverse the prediction of the next twenty years.  Besides, it seems to me that sense we humans caused this problem, we now need to fix this problem.  We need to do anything we can to stop the prediction of the next twenty years from happening. We are watching the butterflies go from a flying population, to a falling population.  We need to take them off the Tightrope of Survival they are struggling to balance on, and place them on a wide road, where they can sail down the Road of Life with ease, and let their population fly like never before. 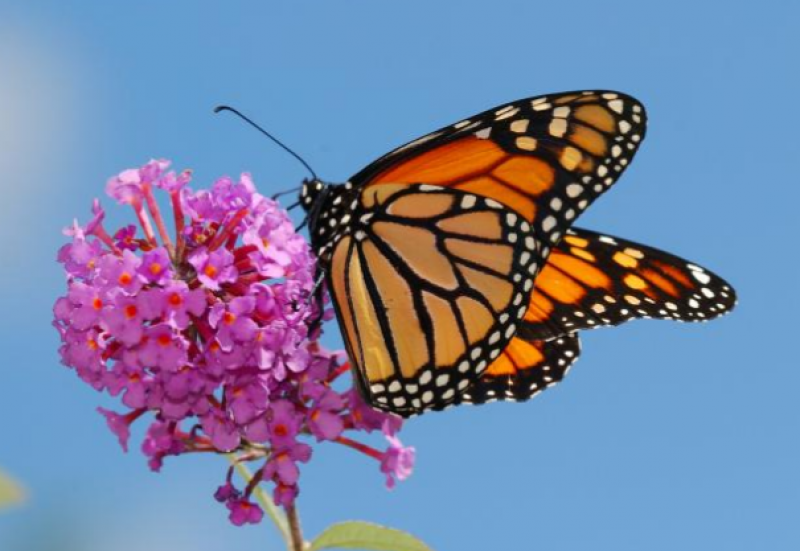 I have always loved the Monarch Butterflies, and when I heard the news that they were on the brink of extinction, I just knew that I had to raise awareness, so I wrote this piece to help motivate people to help raise the Monarch population!

Favorite Quote:
“Nobody can go back and start a new beginning, but anyone can start today and make a new ending.”- Maria Robinson
"I have not failed. I've just found 10,000 ways that won't work."- Thomas Edison