A Rant About Geese….and other animals I guess: A commentary on animal conservation and animal overpopulation; if you can’t eat it, conserve it | Teen Ink

A Rant About Geese….and other animals I guess: A commentary on animal conservation and animal overpopulation; if you can’t eat it, conserve it

The car honks of the bird world aka geese are a relatively well known bird. Due to their skinny necks and large bodies, they can be seen flying above people and homes, flying gracefully as one unit, pooping on houses and cars, and honking violently at people. Yes, they honk, loudly I might add, and normally use it as a form of communication. They hiss too, using it as threats and warnings to other geese and predators but mainly to scare humans. These birds are considered a nuisance due to how many they are and how obnoxiously noisy they can be, which is a lot. There are animals that are just like the car honks of the bird world that all have one thing in common but won’t I say it till you see what they do. These animals are rabbits, racoons, possums, and pigeons.

Rabbits are well known animals that can become pets to some people. These cute guys are always spotted in wooded areas and in the backyards of rural and suburban homes, popping out of bushes and running around. They normally don’t bother people moreover they bother plant life. Now, not like the forest or the plants in your house that you constantly leave by the heaters. They’re dying and you know it, so stop pouring gallons onto them. Anyway, they bother the type of plants that you would typically grow on your own like flowers, vegetables, crops, fruits. According to Robert A. Pierce II a Fish and Wildlife State Specialist, “they eat succulent green vegetation, like flowers, vegetables and crops, during the growing season.” Rabbits may turn to trees or shrubs in winter and commonly bite off small branches and gnaw to reach the green inner bark. The damage done by rabbits are identifiable in the woods and/or garden if you spot delicately nibbled leaves and stems on plants and chewed tree bark that’s near the ground which is on shrubs, trees, saplings, etc according to Kathy Laliberte on the Gardener’s Supply website who owns her own company.

Racoons are known for being labeled as trash pandas and are very well known in rural, urban and suburban areas, as they can be seen in backyards and garbage cans. According to Ken VahnDijk an author on ecocarepestcontrol.com, raccoons have adapted to living with humans and are drawn in by the convenience of trash cans and human shelter so going through trash and not running away from humans is usual and doesn’t even bother them in the slightest. They got easy access to food and don’t need to constantly look out for other animals that could steal from them since there’s plenty of trash to eat. Although, they eat trash and stay very close to humans and their homes; they are still wild animals and are dangers to humans. Racoons carry and transmit diseases that are harmful and sometimes fatal to human beings. They can spread leptospirosis (a blood disease  that is spread through their urine and sectrions) according to addl.purdue.edu. They also spread diseases like salmonella, e. Coli, rabies obviously, roundworm, and others..

Pigeons aka rats with wings are known to be the grey birds that are normally seen in New York, flying around the city while stealing food and popping on cars. These birds are a well known pain to the residents and tourists of the city as many take food from people just enjoying their lunch. According to birdbarrier.com, the website of the Bird Barrier company that is known on ways on how to deal with all kinds of birds, pigeons and their waste can hurt the image of a business as they leave a bad impression since they can leave their “mark” on signs and build nest into the windows and ledges of the building. Even the collected debris from roosting pigeon flocks can cause water damage by blocking up gutters and drains. They get fed by old people in parks and on benches in the street which can be a danger to those walking by since they’re at risk of getting bird droppings splattered on them. This can even lead to people getting sick because of the vast amounts of pigeons flying by and dropping their #2 onto clothing.

What all these animals have in common is that they are all nuisances. These animals are labeled as pests to the public and many have tried to get rid of them but they always come back in a way. The problem that is at hand about these animals is how would you get rid of them without organizations like PETA and crazy animal rights activists getting on your back about your way of doing so. Removing them from your homes is fine but if removal doesn’t work and all your other methods have failed, what else would you do. Some say that the last way of finally getting rid of them is by killing them ala gun but that’s “too far.” Since the death of the animal would be natural thus being labeled as “inhumane” and “not what the animals would have wanted”. So what can you do that isn’t a failure or inhumane to the animal? I do not have that answer but a phrase does come to mind, “If you can’t eat it, conserve it.”

Animals that are on the conservation list are normally there due to deforestation, climate change, pollution, destruction of habitat, and basically human interference. These animals are protected by the government and are untouchable by poachers and hunters which helps their population grow; yet animals deemed as pests can be killed because of their overabundance and annoyance. There seems to be some hypocrisy and favoritism in the way we pick and choose the animals that get to live undisturbed and become some sacred thing that no is allowed to touch. Deer and rabbits have to constantly live on edge because of the risk of predators suddenly attacking and eating them but are unprotected by the conservation list, only another species of deer called ed deer are. 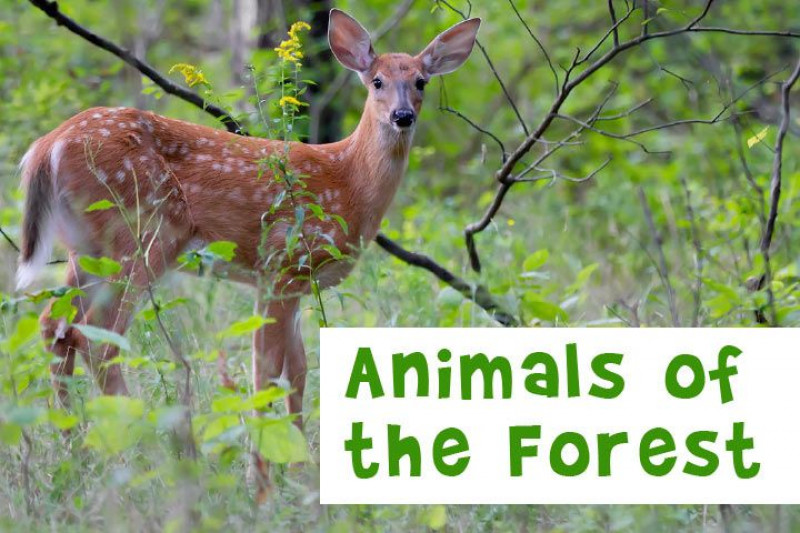