Why Gay Doesn't Bother Me

That's so gay.
You're gay!
Gaylord.
You've probably heard all of these. If you go to my school you have.
I used to say them. I used to think that it was weird. One man, one woman, amen!!
I changed.
I was in seventh grade-a sweet, innocent girl on an orchastra field trip to Washington, DC. My best friend, Billy, told me that he was bi.
I was dumbfounded!!
He was nothing like the stereotypes. He was just a normal boy-yes, one year older than me-but absolutly normal. Actually, i even had a little crush on him.
But he's bi?!?!
At that moment i realized that bi and gay people ARE just normal people. I am totally not against bi or gay people anymore. In fact, i will fight FOR them!
You are entitled to your opinion, and, frankly, i don't care if you disagree with mine. But gay and bi people are completely normal, no matter who they love.
In fact, Billy and i even dated for awhile.
And he is normal.
Maybe you know a bi person or even a gay person who is totally out of whack and hey, whatever. Heterosexual people have thier stereotypes. Everyone's different.
So don't judge people by who they love.
Or they will hate you :) 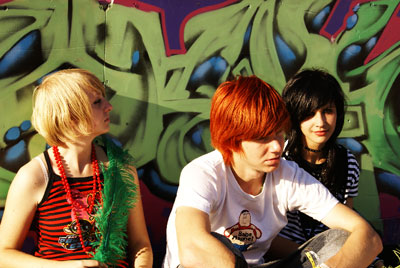 Favorite Quote:
If at first you don't succeed, beat those who did senseless!

View profile
that's an awesome take on gay and bisexual people. i think i might be bi, and i go to a school where some people are ok with gays. i'm glad that there are more people out there that don't view gays and bis as "sick" or "wierd". thanks!