My connection to music | Teen Ink

My connection to music

Well the connection that I have with music is something that has emerged from a very young time, I always admired watching other artists shine on the screen of television, on every stage, in every award, it is great to see other artists shine in such an admirable way.
Honestly I started doing covers at 15 and even though I lived in fear of showing myself I always saw the bright side to things then as the years went by I realized that I can, I want and feel that I can do great things like great artists I just have to propose and do it.
So in 2020 in the middle of the pandemic I decided to release my first single titled "ETERNAL LOVE" is a song about a love affair that by circumstances of life had to end and then the song deals with that the memory and feeling that still exists beyond having broken into a relationship. Later I made my second single titled "KARMA" which is a song about a friendly relationship that was gradually rotting because I realized that I was surrounded by wrong people, that it was doing me a terrible evil and that I constantly had to be suffering because of them. Later I launched "SHE // ELLA (THE MONOLOGUE MADE SONG) which actually this song was a simple monologue for a theater test so I decided to work with this piece because it is super important to take every opportunity you are given in life and try to take it to your comfort zone.
And to finish 2020 I released the last 2 singles that were "KARMA REMIX" together with D'andre O'range and "ETERNAL LOVE REMIX" together with Trouper TML, said in Spanish Amor Eterno and is the remix of one of my favorite songs because it deals with the breakdown of a love relationship, whose first protagonist tries to express what he feels spontaneously and when it is played it means that he is remembering the passion and caresses that no longer exist, and the second protagonist tries to describe what his relationship was before it was over.
And from there came my EP entitled "MY REALITY" and basically that is that My reality expressed through the pandemic.
At the beginning of 2021 I decided to release the first single for my first musical album, which the single is titled "LUCIFER" which talks about a close relationship which the protagonist submits in it and tries to remember what happened, and all the suffering that happened, the humiliations, the lies etc and tries to explain them in a concise way and with a melody that is a little sad but danceable at the same time.
And soon I'll be releasing my new single titled "Look at The Face" that if we summed it up in a nut words I would say it's like the continuation of "LUCIFER". 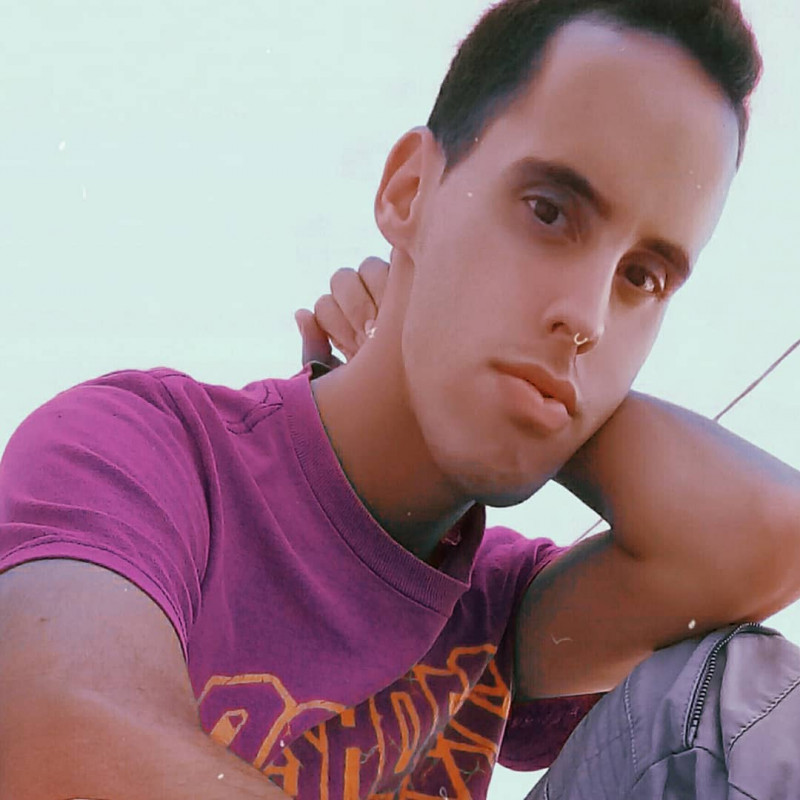 I am an artistic student, Uruguayan singer and songwriter and I make songs that for me have a very important meaning because they are part of my life and are marking a great step in my career