Losing Ones Self | Teen Ink

I remember one of my first times going through a subdivision/ planned community (and actually noticing what was around me) and, quite frankly,
I didn't like it.
I've always been . . . "unique" to say the least, but no sir, I don't like, I don't like it one bit.
I see these neighborhoods sort of like many people see school uniforms: Restricting personality.
Now, I've never really lived in one of these places, so everything I know of them is what has been told to me by other people/ what I have seen.
What I do know:
1. They all look practically the same.
2. They are overpriced.
3. You can only paint them different shades of beige. (ick)
4.You can't hang up your clothes on a clothes line. (don't get me started on the environmental side of that)
5. Most of them (at least in Pennsylvania) are on hills. (I know it is a hilly state, but many of the not "cookie cutter" neighborhoods are more flat) Just odd really...
6. They have some sort of golf course/ country club sort of nonsense.
and finally: I don't like most of the people that live in them.
Now, I realize that last one will get people roaring, but I don't! Granted, I don't like most people, but that's a whole other story! I would truly hate myself if I willingly lived in one of those things! And I would never find my house!!!
They strip you of most ways to make your home "Your Home". It makes everybody look the same, like some kind of comfort for a lack of individuality!
As for most of the people I've met who live in these places they:
1) More often than not have annoying brand name stuff.
2) Have parents that don't really care much for them/ are not there much. (Less true than above, but still apparent at my school.)
3) Are "popular" kids, rather, "more well liked".
4) Have no big dreams past what they are doing within a small time frame.
5) They (girls) more often than not have that really annoying "accent" to their voice, isn't it called "valley forge" or something?
4) They all look the same.

So is this what the world is going to come to? Many many people who act and dress the same because for some odd reason find comfort in being like everybody else, looking for acceptance anyway possible, living their shallow lives with no aspirations that are bigger than themselves?
If the world comes to this, please let me be dead before everyone is infected with this. 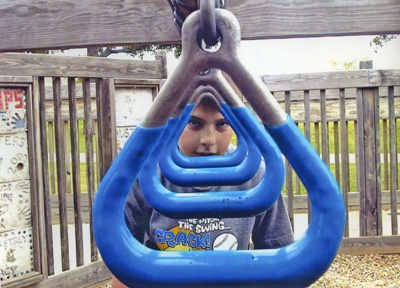 The author's comments:
I wasn't too sure if this should go into the "Pop Culture" or not, but, it'll work. Seriously, and more recently, I have been sitting at my desk at school, seriously wondering how my classmates can function living the lives they do. They just think about their friends, being like them,trying to get boy/ girlfriends etc. I'm not saying that friends aren't good, I love my friends, but I surely do NOT want to be just like them! And there are many, many, many, MANY more important things to think about than dating.
I can't imagine living a life thinking not much farther out than myself.
Post a comment
Submit your own