I want a Gucci purse, Prada shoes, and while your out getting stuff a designer baby! | Teen Ink

I want a Gucci purse, Prada shoes, and while your out getting stuff a designer baby!

Have you heard about the latest trend? There have been so many it is hard to keep up with them all, from designer shoes to designer bags. But this latest one is going to give you a wake up call, literally. Designer Babies. That's right. Now you can design your baby to have blue eyes, brown eyes, green eyes, even purple eyes, and don't even get started on hair. You can decide whose nose they're going to get Mommy's or Daddy's. You can make them supermodel beautiful or ugly. You can also decide their character traits, from if they are good at soccer or math. But is it right to be playing god? No, its not.
As much as some parents might want a little blonde haired blue-eyed beauty pageant queen as a baby or a red headed green-eyed baby genius, it is wrong to choose what kind of child you get. Looks should be left up to god and Likes should be left to the child. If the decision is left to humans the world as we know it will cease to exist. And where will we stop? Will we begin to genetically alter our children with bird DNA so that they can fly, or give them the keen sense of smell of a dog? Maybe even the eagles eyesight! We will be living with a race of children who are not children but genetically altered projects of scientists.
And what if a child is found unworthy of becoming one of these genetically altered beings? With the way our future is headed they will be cast aside for a genetically altered child and left to die in some hospital abandoned by doctors, nurses, and the people who should have loved the normal child the most, their parents.
What will happen to the parents who cannot afford this treatment for their children when it becomes the norm? Children who are not genetically altered will be considered the freaks and losers of society when really roles should be reversed. Not that I condone the practice of any child being an outsider.
Which is what we will be doing, making outsiders of the genetically altered children or of the normal children. This process while morally wrong is also dangerous, as scientists still haven't worked out every detail of it. A couple could go in to have their little beauty pageant queen and come out with a stillborn infant because the geneticists still don't know all the dangers of messing around and changing the way of which we are supposed to be made. How will the parents feel, knowing they killed their unborn child for the sake of fashion.
It is in my opinion that the practice of altering the DNA of an unborn child to suit the parent's needs is unethical and immoral. It is dangerous to the safety of the child and the safety of the parents. It leaves a life of no choices to be made for the child and the point that above all other must be stressed is this. A child is NOT a toy and is NOT a fashion statement. Go buy your Gucci and Prada, your designer dresses and shoes, but don't go buy your designer child. 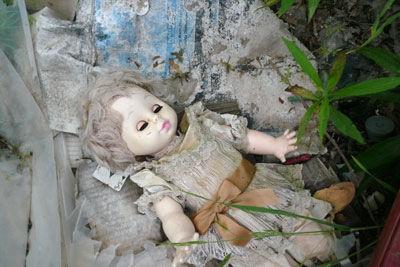 The author's comments:
There is a project called the million dollar baby project, where for loads of money you can buy what you want your baby to be like. For a while people dressed up their dogs and put them in their purses now its babies. Designer babies are NOT cool and NOT ethical. Please consider this before you consider changing your child. Would you want to be changed?
Post a comment
Submit your own

fictionlover10 SILVER said...
on Feb. 26 2014 at 8:36 am
fictionlover10 SILVER, Scottsdale, Arizona
6 articles 0 photos 59 comments
View profile
I really don't agree with this article. I see that you're very passionate about the issue, but it doesn't look like you researched the topic before you began writing.

We cannot manipulate genes; if we could, geneticists could be curing people of genetic diseases right now such as different forms of cancers. We also can't pinpoint genes for things like height and soccer talent and favorite foods. What we can do is get a group of zygotes from the parents and tell them the sexes, and then allow the parents to implant the zygote that they want.

I'd like to present a different point of view from your article. What if genetic selection made the world a better place? If parents could choose their child's hair color or nose shape, I'd think that that might increase domestic happiness overall; the parents can see grandma's eyes in their daughter every day without having to have multiple children and being disappointed every time.

Plus, not everyone has the same ideal of beauty. We wouldn't all end up blonde and blue eyed; I've always wanted a redheaded daughter, but my best friend wants to marry her African boyfriend and have a black-haired son. We would still have diversity, but we would be much happier about it because it was the diversity that we wanted.

I don't think any one side is right, and we won't know for sure until we get more advanced, but it is important to consider that you may not have all the facts or that your opinion may not be the one true opinion. Thanks for your point of view!
earlybird_8 BRONZE said...
on Mar. 27 2011 at 3:14 pm
earlybird_8 BRONZE, Roberts Creek, Other
4 articles 0 photos 115 comments

View profile
Your writing has a lot of potential. I liked the way you varied your sentence lengths, but some parts of this seemed a little rough and choppy. It would have been nice if you'd elaborated more on what you mean by "If the decision is left to humans the world will cease to exist," as it seemed a little off-topic in the context of the paragraph. Your argument could have been made stronger, so rather than just saying that it's' wrong to genetically alter children, you could give examples of genetic engineering that's gone wrong in the past (like the thousand dead sheep fetuses it took to produce Dolly). Overall, you made a strong point, but your reasoning could have been elaborated on.
KatyElizabeth said...
on Jan. 20 2011 at 3:18 pm
um..did you miss the point of the entire article??
DawnMarie BRONZE said...
on Dec. 29 2010 at 10:03 pm
DawnMarie BRONZE, Milton, Florida
2 articles 0 photos 32 comments

View profile
I agree with you, designer babies are wrong and people just need to let God create us how he wants us to be. But I don't think this fad will be as big as you say it will be. Genetically altering your baby's genes costs millions, and only the rare have that kind of money.
Reddevlin SILVER said...
on Aug. 19 2010 at 10:01 am
Reddevlin SILVER, Douglas, Massachusetts
7 articles 0 photos 1 comment
View profile
I know that you are passionate about this subject, obviously, but science is nowhere NEAR the kind of genetic ability you're talking about. Though "Designer Babies" was supposed to be a trend, it died out because humans are still in the very early stages of determining what genes affect what aspect of a human. If a designer baby is possible, it won't be for hundreds of years.
blackdeath said...
on Mar. 3 2009 at 1:05 am
That's 'you're' not 'your'...please edit at least your title.
kimBErly&acirc;™&yen; said...
on Mar. 1 2009 at 8:18 pm
this is a good article
Sana W BRONZE said...
on Feb. 28 2009 at 2:26 am
Sana W BRONZE, S, Maryland
1 article 0 photos 4 comments
View profile
"You can also decide their character traits, from if they are good at soccer or math. But is it right to be playing god? No, its not."

Really? I don't believe that's a matter that even a geneticist can manipulate. Character traits can be hereditary, yes, but they're also greatly influenced by environment. Babies don't just pop out with fully developed personalities, and their intelligence level has a lot to do with motivation, which often has to do with parenting styles.

Is there a science-based article you can point me towards that supports the idea that babies can be genetically altered to be "smart" ?

Also, I don't believe you can give the child traits that both parents don't already possess. If one parent is a homozygous brown-eyed (dominant) and another is homozygous blue-eyed (recessive), and they want a child with blue eyes, that is likely possible, because there is a blue-eyed gene that can be brought forward, but a purple-eyed gene cannot come from thin air.

I agree with your argument and you stated it very well. However, I think the very last sentence of your Author's Comments misses the intent of audience you want to influence.

I think the majority of parents considering a designer baby would answer your question - "Would you want to be changed?" - with a resounding "Yes!" My opinion is that most people who would want designer characteristics in their baby probably desire those same characteristics in themselves. The incredible proliferation of plastic surgeons seems to indicate that lots of people DO want to be changed.

Again, it is a great article. Please keep writing.
artofthedeath PLATINUM said...
on Feb. 27 2009 at 1:05 pm
artofthedeath PLATINUM, Dothan, Alabama
23 articles 0 photos 16 comments
View profile
This is not a good thing to happen. I like your writing style, it's interesting. You show your opinion very strongly. However, I don't believe this baby fad will become as huge as you suspect. To most people, this is very expensive and also unethically. I don't think we have anything to worry about.
jmc.13 said...
on Feb. 27 2009 at 12:11 pm
jmc.13, Dobbs Ferry, New York
0 articles 0 photos 58 comments

Favorite Quote:
"I'd rather regret what I did than what I didn't do."

View profile
Oh my goodness, that is so wrong. I agree, this has to stop! Great writing, too. You really got me engrossed.