The boroughs of Pakistan harbor the myriad vividness of spirit extending from work to tradition. Yet a few affairs linger in a bizarre sense of secrecy primarily owing to taboo.

These words ring true with the adherents of Sufism. As I peruse through my drawers eagerly searching for some trivial document I come across a Hamsa amulet, dangling meekly from a black thread, its five digits pointing towards a perpetual promise of celestial magnanimity. A chuckle escaped from my lips and I recalled my grandmother informing me of the benevolence that stemmed from this rather crude representation of the Hand of Fatima, the beloved daughter of the Final Prophet of Islam. There the pendant swayed, colored in pale azure, and inscribed with Quranic inscriptions, clearly handmade.

Brandishing the Hamsa is just one of the several religious and mystic conventions practiced in Pakistan today. And it happens to be closely tied with the Sufi aspects of Islam. After the cataclysmic partition of 1947, Pakistan strived to make its mark on the world while holding the customs of Islam close to its heart, afraid to part from the entity that led to this liberating bliss. Stretching on from those 73 years the country has had a hard time accepting those that defy such set propriety and in a bid to maintain its moral supremacy has oftentimes marginalized other groups, Sufi's, unfortunately, bearing this flame a few times.

On the evening of 16 February 2017 a suicide bombing took place at the Sindhi shrine of Lal Shahbaz Qalander, a revered Sufi mystic. 390 casualties were reported. Yet this blatant act of terrorism isn't an isolated incident, CIRCLe, a think-tank based in Rawalpindi, cites that Since March 2005, 769 casualties occurred as a direct result of attacks on Sufi Dargah's. The Sufi community has been tainted with a plethora of misconceptions, some denoting it as an entirely separate denomination of Islam and others regarding the practitioners as "heretics."

Sufism is simply Tawassuf, the mystic doctrine of Islam and is the assimilation and manifestation of ethical and spiritual ideals in Islam. Sufi's belong to various orders united by a Wali, an Islamic saint, who leads them to achieve Ihsan (perfection of worship). A multitude of Sufi factions survive in Pakistan, most committing to a local Murshid (dignitary) who commits himself to promulgating the transcendental teachings called Tariqa.

The enactment of Sufi principles comes in two prominent forms. The one rife in rural communities being "Populist Sufism", centered around praising saints, participating in the Hadra form of worship and collectively gathering with other devotees in Shrines during Urs (anniversary of the death of a Sufi saint). One mode of informal observance that has recently gained traction from local urban residents and inquisitive foreigners worldwide is "Intellectual Sufism", characterized by seeking enlightenment from medieval Sufi writings and customs.

Sufi Followers observe the Islamic rites of passage as dictated in the Quran however owing to the emergence of the custom of Sama developed in Anatolia by poet and originator of Mevlevi Order, Rumi, the community has become victim to intense propaganda and persecution. The Sama ritual involves donning a flowy white robe, partaking in singing, and dancing in a style that has been denoted as "the whirling dervishes." Critics of this practice claim that it's incongruent with Islamic principles that denounce severe ritualistic practices and show aversion towards worship being combined with "debauched" entertainment. Yet the Shiite sect has remained a defiant supporter of this cause, proclaiming that spiritual growth is considered highly esteemed in the Muslim faith. The rise of Wahabbism, after the establishment of the Kingdom of Saudi Arabia in 1932 has also effectively sidelined the group, as it seeks to revitalize the Islamic community and commit to fundamentalist Islam. This has given rise to Salafist Jihadis in the Middle East and South Asia to grow bold in their bigotry leading to ideological combat between the groups.

The growing animosity is fuelled by government negligence who continue to support the paltry yet indefatigable Sunni opponents of Sufism. The blasphemy law remains an albatross around the necks of minorities in Pakistan who are routinely marginalized with lack of representation in media and public affairs and under the penal code of Pakistan can be sentenced to capital punishment for berating the Holy Prophet (Section 295-C), such accusations have cropped up on grounds of simple miscommunication, yet its extremist supporters remain at large, polluting the political sphere with zealous and prejudiced chants such as those of Tehreek-i-Labbaik.

Mysticism gleams in every corner of Pakistan from the shrines that have stood tall force 3 centuries to the mellifluous tunes of Qawalli that ring out in every street corner. Embracing differences is a key to progress and for the Sufi community that has been residing in Pakistan since its inception, this progress can't come sooner. 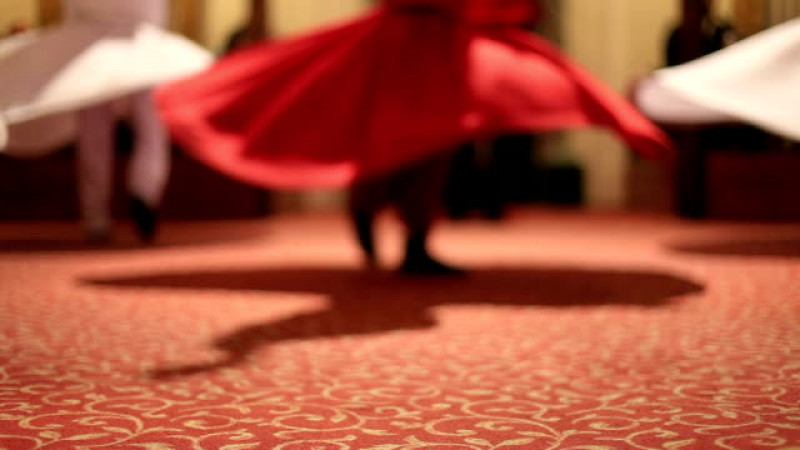 I decided to write and share this article after witnessing the atrocious riots that were carried out by Islamic fundamentalist hardliners during Early 2021 after France's crackdown on Islamic extremism. Seeing such blatant bigotry on display spurred me to learn more about the religious minorities that reside in Pakistan amidst this renewed climate of chaos. I grew up surrounded by the dulcet tunes of Sufism and routinely visited the ornate mausoleums of Sufi mystics, I believe it's important to highlight the plight that is faced today by religious minorities such as Sufi's who've influenced such a significant portion of Islamic culture, from jurisprudence to music.