Did you know you can make a living just by playing video games? A gamer by the name “Ninja” got so popular and famous that in 2019 he made $17 million dollars by playing and streaming video games. Studies have shown that gaming can increase your reflexes, memory, social skills, strategic thinking, decision making, and even ease anxiety and depression (The Haitian Times). All you need to become a pro gamer is high quality gaming equipment which is pretty cheap compared to going to college. The average professional gamer can make up to $60,000 a year, and that’s not even counting sponsorships or streaming. There is so much opportunity to be taken advantage of, there is so much fun to be had, and I can’t think of any other job that could be more awesome, for these reasons I think becoming a professional gamer is the perfect job for me.

Secondly, you don’t need a degree to be an esports gamer. The supplies you need to be an esports gamer are a gaming pc, an LED gaming monitor, a high quality headset, a wired controller and/or gaming mouse and keyboard, fiber optics broadband for optimum internet connection, and a professional microphone and webcam (Simple). That might sound like a lot of things and some of it can get pricey, but it’s relatively cheap compared to going to college and getting a degree. However, all these things aren’t going to make you a professional gamer right away. To be a professional gamer you have to be the best of the best just like in other professional sports, so you have to train hard and work or you won’t make it to the professional level. Professional gamers spend countless hours playing video games and perfecting their craft.

Lastly, how much money can you expect to make once you’ve reached your goal of becoming an esports gamer? Believe it or not professional gaming can be very profitable. Many older people don’t agree with the career choice, with many parents telling their young kids who aspire to play video games as their job when they get older that they’re going to need to get a ”real job” when they’re older. However, the current esports industry proves that it can be a viable career choice. According to the latest survey of Esportsearnings.com, professional gamers can earn between $1,000 to $5,000 per month, with highest paid professional gamers earning up to $15,000 apart from the money they get from their other activities like sponsors and prize money (Career Gamers). On top of their salaries esports gamers can make money from bonuses, sponsorships, and prize money. When they win esports competitions they get cash prizes and bonuses from their esports teams.

I aspire to be a professional video game player. I can’t imagine a better job than getting to play video games and make money for it. A professional gamer plays in esports competitions and competes to win cash prizes. You don’t need a degree to be an esports player either, so you don’t need to spend money on going to college. Not to mention you can get paid big bucks to be an esports gamer, especially if you’re on a professional gaming team. Pro gamers are a part of the entertainment industry similar to other sports like NBA, MLB, and NFL. Millions of people watch top gamers play the games they love to play at home, but at a much higher level. I hope to one day be someone young kids and teens look up to and aspire to be like. In 10-20 years if I can be lucky enough to make it big in pro gaming I would be somewhere near my family and friends living humbly with a smoking hot wife. 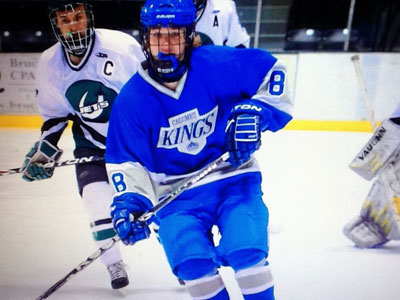 This is an assingment for my english class.