The Beginning
I remember the flame,
Dancing in bright red
And reflecting against the metal.

I remember the hiss and burning smoke
Hitting my nose and causing me to turn away.
The water from the fossette whooshed
As it was immediately turned on soon after.

I don’t remember seeing anything,
I had turned away and shut my eyes.
But I could not hide away from what I heard.
My ears were never able to shut away the screams.
I never saw the monster
My mother was so afraid of.
The monster she had kept me away from.

I hear he never meant to hurt me,
To leave me as he had been “forced to”.
He wants to reconnect in time,
But time will never make amends
To what I had to be put through.

That monster can burn in hell for all I care.
He can rot in a prison cell alone and abandoned.
He can suffer every pain, sorrow, and agony I faced.
I hope he suffers as much as I have.

I didn’t want my mother to leave me
when she went to work
She was my only stability in my new life
My grandmother would just let me cry
Eventually, I outgrew it and got over it

She called me a disease,
And I could see why it seemed that way
In her eyes, I had stolen away her father
But compared to my mother, he was there more
He was really the only one there
But in her eyes, I had ruined her life

Just the Two of US
Though it hurt to get done,
And it was never done tight enough,
I was grateful I still had my dad.

I wasn’t his flesh or blood,
But I was his.
I was his and he told me this every day
Every day when we wished my mom would come home
Every day we wished she was okay in prison
Every day when sometimes it seemed to be too much for him to handle

Is it sad that I go back, wishing it could be just the two of us again?

Drink, Click, Snap, Repeat
I hated seeing her like this, I knew she could be better.
At the time I never realized how much I thought I needed to rely on her
How even though she wished I was never born,
I stood by her side through the majority of it.

Only Three
The searing pain wouldn’t end
It hurt
It hurt
But no one believed me until they saw it.

I couldn’t run, couldn’t fight
“He’s only three,” they said in addition to
“He’ll grow out of it” and “You’re fine”
And my personal favorite: “Suck it up”

Are the dark bruises that had formed a sign that I’m fine?
Were the tears and begging not enough for you?
Is hearing me scream and cry out for help as fake as your affection?
Was I considered that less important that you didn’t even bother to check on me?

Apparently, anyone can get away with abuse if you have a good enough excuse.

Because they made your life hell
And put it back together at the same time
They broke you down to where you hate yourself
And built you back as this incredible person
You cry, scream, and wish you were never born
Only for them to later make you feel so special

The truth is love can be hatred and vice versa
Because people can make you feel that
They can bring you up
Or tear you down bit by bit until you’re nothing.
They can be the people always by your side
And they can be your worst nightmare


More Than Once, Death Doth Meet
Sitting and staring at the spot
Wondering and wondering what led me here
I had learned the consequences and dangers
Looking back, I never thought I’d get to this point

Name Doesn’t Matter, It Is Happening
Higher than mountains, the emotions build
Over the “stupidest of things” according to others
The end of the tunnel seeming to get smaller and smaller no matter how closer you try to get to it
Most would say it’s not real and that things aren’t as they seem
Well at least they got that right
Because all the public sees is a girl
A girl and her family going on their way
They don’t see the pain the child is experiencing
They don’t see the little hope that this child holds in their small form
No one ever realizes
Until it’s almost too late

No one likes to believe when the nicest people get hurt the most
No one likes to think about innocent children being forced to grow up and move on
No one ever asks the right questions
And even if they did, they wouldn’t get an answer
Seems like everyone loves putting labels on things
Unless they are too painful or too terrible to even consider

Run and Find Warmth
It’s too cold out
The jacket doing nothing to block the wind
Why did I do it?
Why did I decide this?

I had screwed up
And they had seen
They called me a freak and worthless
They told me I needed to be better
Even though I was giving them my best.

One Year Down
Seemed like the first year was the hardest
At least, the first semester sure was.
At least now I had a small way out,
A small way to be my true self and not worry
I’ve always been book smart
That wasn’t the issue
My mental health went down the first semester,
Where I wasn’t eating
And didn’t want to leave my room.
But I pushed through and found support
I found my people and my passion
One year down, three to go

Don’t waste such a pretty face

Don’t waste such a pretty face

They all say:
Don’t waste such a pretty face 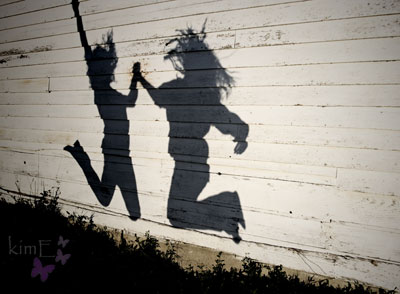 This piece is a small collection of a few poems about my life. They include events such as my depression, attempts at suicide, my mother's struggle with addiction, my sister's hate for me growing up, the loss of my grandfather, and running away. Everything written here is true and told from my perspective of each event.