Fawkes may be reborn from ashes,
But humans aren't so lucky.
Muggles and wizards alike, always in flames.
A soul isn't safe even when
Split into 8 and carefully hidden.

Humans cannot use Aguamenti
To quench the fire that engulfs them
As it hides under Invisibility Cloaks, Animagi disguises,
and Polyjuice Potion.

Ignorance is bliss for those unknowingly under Imperius.
And those traveling a path, unaware of the dead-end,
Never to make a wrong turn,
But never to burst out on the back of a blind dragon.

Humans cannot use Aguamenti
To quench the burning thirst that engulfs them
As they continue to drink the very potion
That drowns them in their own fear,
Plagued by dementors and boggarts,
Only to realize that the locket is a fake.

Hedwig's empty cage will rust,
Books crumble in the Restricted Section,
Snow settles on headstones;
Thus the past fades
As glass holds the fragile future
On shelves in the Department of Mysteries.

As portraits are contained to frames,
And Myrtle forever moans at her reflection in the bathroom mirror
(Her perspective forever obscured by glasses),
My reality is limited to what I perceive through black eyes.

But consciousness turns to ash.
The flame is extinguished, even in blackness.

I can teach you how to bottle fame, brew glory,
Even stopper death.
Lockhart remembers nothing.
Flame clearly isn't everything. 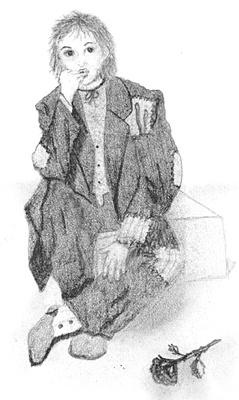