Favorite Quote:
"Everything seems impossible until it's done," - Nelson Mandela

Only then did they tell me that I was good enough.
Before that, they didn't show me love.
Then they told me I could do anything.
I knew that they were lying.

I was so cold in those days
All I cared about was how much I weighed.
There was nothing left of me
I was trying to be
Someone I knew wasn't me.

It's been so long.
I still don't think I'm good enough.
They don't tell me anymore
Because I'm not dying on the floor.
They only cared when I was dying
And now I'm surviving.
They don't give a s*** about me
They never will, I now see.
I'm not dying for perfection
I don't care about my reflection.
I'm not a soccer player
I'm not a dancer
I'm not in AP classes
And I'm not thin
But I'm me.
That's all I'll ever be. 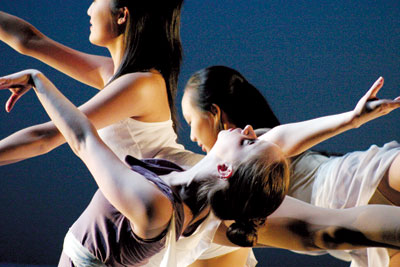 Favorite Quote:
"Everything seems impossible until it's done," - Nelson Mandela

View profile
Thank you :) Since I wrote this a while ago (I think it's been a year) I've had time to think about it. I took the time to learn more about myself and be in control of the feelings I have for myself. It hasn't been easy; it was the hardest thing I've ever done. But now, I think I can say that I actually like myself. I think writing helped a lot with my own emotions, and if you continue to struggle with something like this, I encourage you to write. It really helps.
VintageChick33 BRONZE said...
on Feb. 28 2016 at 5:50 pm
VintageChick33 BRONZE, Tempe, Arizona
1 article 0 photos 1 comment
View profile
Your writing is beautiful. I can never say I've felt your pain because only you have felt your own feelings- but I have definitely struggled with something similar. Hopefully you've realized this, just know you are not alone and nobody determines who you are but you- no matter what.