A Prince and His Princess | Teen Ink

A Prince and His Princess

Favorite Quote:
"We are bound only by the limits of our imaginations." ~Misha Collins, actor

Running through deserts that blistered,

Climbling over mountains that towered,

Forging through rivers that glistered,

A dashing prince, at which stress devoured.

Dressed in silks and satin that turned heads,

Yet weighed down by worry, as his story unfolds.

His princess was dying.

His racing thoughts said it all, not lying.

His princess, his everything-

The one who showed him it was okay to cry,

The one who gave him his wings,

And told him to spread them and fly.

Pierced by sharp knives of worry,

He shook away tears, his only thought: hurry.

As he gritted his teeth in determination.

He wished the news was a falsehood,

Hoped it was not what he thought it to be.

And maybe he could

Everything was moving at a faster rate,

But the prince seemed to slow.

A fierce battle against time and fate,

The outcome, he did not know.

Finally, with his heart pounding loud like a waterfall,

Home was standing in front of the prince,

A house, modest and small,

Gone eighteen years, and he hasn't been there since.

He ran inside, his sword did he drop,

Knocked against the walls, ruining décor.

A suitcase and a laptop,

A sharp crack, spilling papers all over the floor.

The prince took no notice,

Rushing into the room,

Where she lay, his once beautiful lotus,

By the door, the prince slowed,

At her bedside, barely daring to inhale,

He dropped to his knees, heart about to explode,

Eyes taking in every detail.

His extravagant clothes were cleared.

For a silk tie it was traded.

He reached out and took her

Her veins were clear, no blur.

Her eyes closed; where they may never wake.

With tears in his eyes, 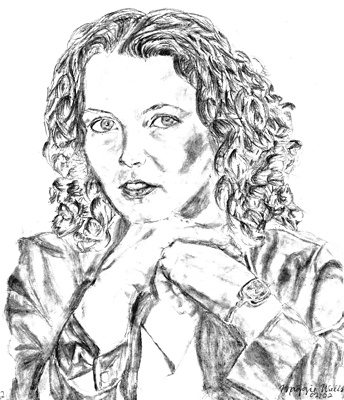 I made an analogy of sorts by comparing a prince going through a lot to rescue his princess to a son rushing home as soon as he could to a dying mother. When I first showed it to my teacher, she did not get it, but I feel like there's a deeper meaning to it.