Animals in the Norse Myths

Animals in the Norse Myths:
How Animals Portray the Culture and Values of a Pre-Christian Nordic Society

From the very beginning of Norse Mythological life, animals have played central roles in the development of the Norse stories. From the Saga of the Volsungs, to the Prose Edda, hundreds of stories and myths revolve around animals. Not only do these animals represent and symbolize traits and characteristics, they also serve to highlight important elements of Medieval Nordic culture. From the cow, to the fish, to the bird, readers can interpret these myths with a more nuanced understanding of daily life in 11th century Scandinavia.

Perhaps the most well-regarded animal in Norse Mythology is the Cow. In the very first chapter from Neil Gaiman’s “Norse Mythology,” Gaiman gives his own rendition of the Norse creation story. He explains that the very first creatures in the universe were created in the Ginnungagap, a primeval void located between the ice world, Muspell, and the fire world, Niflheim.2 The first creature, Ymir, was a superhuman giant, while the second creature, Audhumla, was a giant cow. Gaiman states:

Ymir was not the only living thing to be formed by the melting of the ice: there was also a hornless cow, more enormous than the mind could hold. She licked the salty blocks of ice for food and drink, and the milk that ran from her four udders flowed like rivers. It was this milk that nourished Ymir. The cow’s pink tongue licked people from the blocks of ice... This was Buri, the ancestor of the gods.

This giant cow, Audhumla, both nourished Ymir, and created Buri, the first god. Audhumla is a sacrifice for Ymir and for civilization in general. When Ymir eats Audhumla, he is able tosurvive and produce offspring. Essentially, without Audhumla, there would be no Nordic life or civilization. Audhumla’s primary role as a cow speaks to the importance of agriculture and farming. Cows were essential to Nordic life in numerous ways such as dairy production, plowing, meat, horns for drinking, and hyde or skin. In addition, Norse farmers were highly advanced in farming techniques. The imagery and word choice in this scene is ever apparent. The audience can vividly picture this large cow as it ‘licks’ the blocks of ice with its giant pink tongue and as the milk ‘flows’ like rivers. Thus, this scene further emphasizes the cow’s importance in the plot and in Nordic daily life in general.

In contrast to the cow representing agriculture through its production of milk, wolves represent the 2 contrasting character traits of violence and aggression, and also strong, clear, communication. In chapter 8 of the Saga of the Volsungs, after Sigmund brings his son into the forest to toughen him up, the father and son are described turning into wolves as they channel their inner wild animal, and run through the forest, killing many men. On page 44, it states, “Now each went his own way. And when they had parted, Sigmund found seven men and howled in his wolf’s voice. Sinfjotli heard him, came at once, and killed them all.” In this excerpt from chapter 8, the author is basically describing the events that occured when Sigmund and Sinfjotli donned their wolf skins. He explains how they went their own way at first, but then met back with each other after finding more men to kill. The fact that these characters transform from civilized human beings into wolves represents the importance of balance between the two sides of aggression and order. The father and son are described howling and attacking humans. One example of the multi dimensional aspects of a wolf can be seen by their howling. The wolves are howling in order to celebrate their victory in killing men, which is clearly a violent act. However, at the same time, some may feel that this strong sense of communication between the wolves represents their organized and civilized nature. The author’s portrayal of Sigmund and Sinfjotli demonstrates a larger theme and message for the reader. It highlights that humans need to have 2 sides: a side of order and civilization, and a side of viciousness and aggression. Both of these sides are necessary for humans to survive and face the obstacles of life.

Not only does communication serve as a microcosm of the wolves’ double-sided identity, it also plays a similar role in the imagery and identity of birds. Birds may seem small and trivial compared to wolves, but their qualities of speed, communication and wisdom are all important characteristics that aid protagonists in completing heroic tasks. For example, in The Saga of the Volsungs, the falcon represents speed and communication. In chapter 25, a falcon helps Sigurd, the main character of the chapter, send a message to Brynhild, his future wife, as she sits atop a tower. Ultimately, the falcon’s ability to message Brynhild so quickly and efficiently is vital in this narrative, and it demonstrates how the Nordic people value language, messaging, and speed, in their culture.

Another example of this comes earlier in the text, in chapters 19-20 of the Saga of the Volsungs. However, in this case, instead of the bird being used as a messenger, the bird is giving advice to Sigurd from the side. After eating the dragon Fafnir’s heart, Sigurd attains the ability to understand Bird language. Although it seems unimportant at first, the birds warn Sigurd that Regin will betray him, and that he must kill Regin before it is too late. On page 66, the birds begin to comment on Sigurd:

“There sits, Sigurd, roasting Fafnir’s heart. Better he should eat it himself,” said a bird. “Then he would be wiser than any man.” Another said: “There lies Regin, who wants to
betray the one who trusts him.” Then a third spoke: “He should strike Regin’s head off; then he alone would control the huge store of gold.”

Again, the birds’ sense of communication, wisdom and language is what makes them an important or prominent character in this chapter. Without their help, Sigurd would have been betrayed or even killed by Regin. The birds’ strong communication and foresight represents the importance of language and wisdom in Norse culture. The birds are off to the side as they make these comments, further highlighting their deep and vast knowledge as they quietly talk to each other and to Sigurd in unison.

Overall, animals are fundamental characters in the Norse myths. In many myths, humans are dependent upon animals for wisdom, sustenance, energy, or passion. Audhumla’s nourishment for Ymir through her milk, and eventually her meat, is the sacrifice for Ymir that leads to his survival and the creation of all life. The birds’ wisdom prevents Sigurd from getting betrayed by Regin. The transformation into wolves gives Sigmund and Sinfjotli, the father and son duo, a newfound firepower and energy as they roam rugged forests in search for men to kill. Ultimately, the fact that humans and gods are dependent upon animals is what evokes a sense of gratitude, humility, and appreciation out of the reader towards these animals. Animals in the myths also shed light on the culture, values, and daily life of 11th Century Nordic society. For Audhumla, we learn of a culture that values agriculture and farming. For the wolves, it is the importance of having the “fire and ice” of both aggressiveness and communication. Finally, for the birds, we learn of a culture that values wisdom. All of these traits are of equal importance in painting a nuanced picture of medieval Norway and Scandinavia. 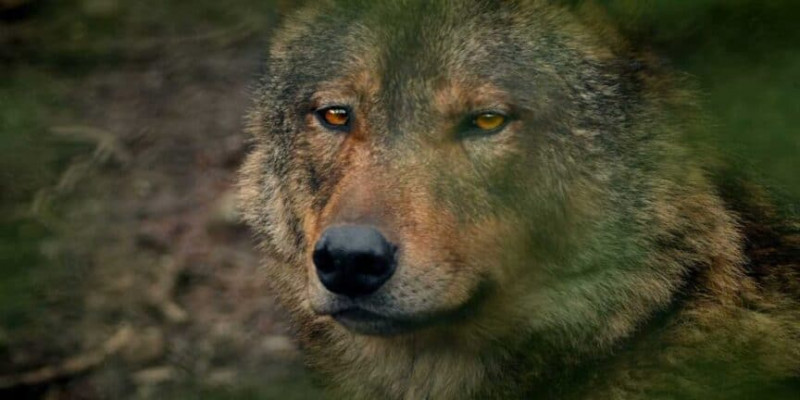 Hi, my name is Auggie Bhavsar, and I am a senior at the Dalton School in New York City.

I would love to submit my research essays to your journal. I think they could really add a unique perspective and give your journal even more variety and diversification.

The research paper I am submitting is about Nordic Religion and Poetry.

I am a very experienced author in this field. Over the past 4 years, I have done extensive independent research. I took two college level courses with the University of Iceland and the University of Texas at Austin, and have even learned parts of the Old Norse Language. I plan to continue my research in this field in college.

My essay is about Animal Imagery in the Norse Myths.

Norse mythology is a unique and action-packed genre that will immediately unleash the imagination of your readers.

Thank you so much for your consideration and time.

I look forward to hearing from you soon.