Clothing as a Symbol: The Boy in the Striped Pajamas | Teen Ink

Clothing as a Symbol: The Boy in the Striped Pajamas

The clothes people wear can change the way they behave and the way others see them. It is not only a symbol of status but also a reflection of their values and beliefs. The award-winning book by John Boyne, The Boy In The Striped Pajamas,  clearly conveys this theory. In the novel, the clothing of the characters marks the identities and conflicts between the antagonists and the protagonists.

A German boy named Bruno had to move to a house very far away as his father has received a promotion in the army. The readers soon discovered this place is called Auschwitz. There he saw a fence far away beyond which strange people wore pajama like clothes. While exploring the place, he met a boy from the other side of the fence who was very different to him, and their meeting resulted in a friendship that had devastating consequences.

In the novel, Bruno’s father was the commandant of the German soldiers. He was described as very impressive and tidy, with freshly pressed uniforms, polished shoes, and combed hair. Everyone seemed to be scared and in awe of him. His outfit symbolized pride and responsibility. On the other side, Jewish prisoners were forced to wear the dull, dirty, loose-fitting pajamas and the Star of David armband that symbolized fear and inequality. They were all quiet, obedient and depressed, and were not respected. The uniform and pajamas demonstrated a drastic contrast between both the characters’ appearance and status.

The novel undoubtedly showed that clothing determines how others see and judge you. Bruno once said, “You wear the right outfit and you feel like the person you are pretending to be, she always told me.” (Bruno, Chapter 19). Despite their difference in clothes, background and personalities, Bruno and Shmuell formed a loyal friendship that went beyond. Eventually, Bruno put on the dirty pajamas and went to the other side of the fence, dying together with his Jewish friend. The role of the clothes helped shaped the important theme of the book, that whether Jewish or German, we are all the same once we wear the same clothes.

As a historical fiction novel, some parts of this story were quite unrealistic and hard to believe. It is impossible to have a completely unguarded section of the fence where Bruno and Shmuel could talk or a hole big enough for a nine-year-old to slip through unharmed while no Jewish prisoners have ever escaped. But, I think that the author’s intended to educate young children early on about the lesson from the Holocaust without highlighting too much about the details of the cruelty. Bruno and Shmuel had such a sincere and strong friendship: “Despite the chaos that followed, Bruno found that he was still holding Shmuel’s hand in his own and nothing in the world would have persuaded him to let go.” (Chapter 19).

I strongly recommend this book to anyone interested in this dark moment of history. Even though the main character of this book is a nine-year-old, the book  is not a children’s story. It requires knowledge of the historical context and understanding of the complexities of humanities during war time. 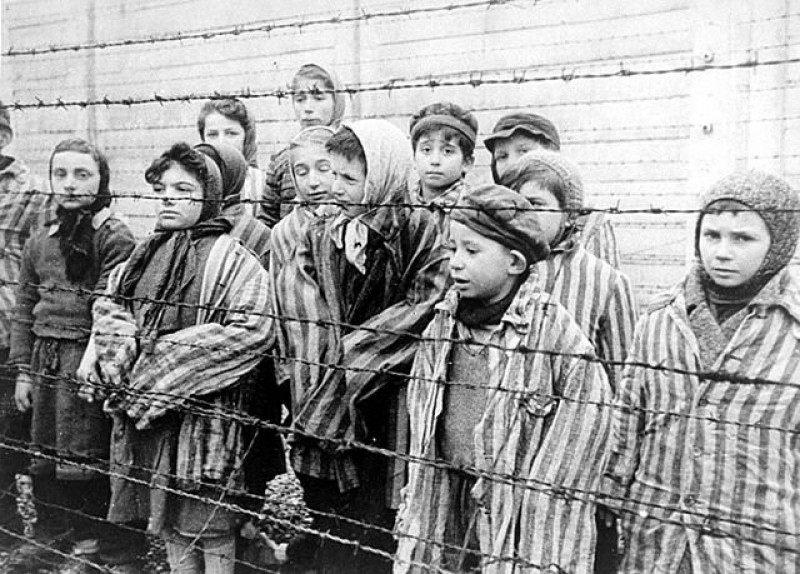 I am a student at the Shanghai United International School. I love reading books, dancing and following a few sports including badminton. This book reveals to me the unsettling images of the holocaust, in a German kid’s perspective, for the first time. I also saw the innocence in kids and I felt both shocked and sympathetic after going through the boy in the striped pajamas in the book and decided to write down my thoughts. Hope more students could read the book and share your thoughts as well!