Two boys, one secret. The KiteRunner tells the tale of Amir and Hassan, who are thrown into twodifferent worlds but reunite nearly 25 years later.

Amir is theson of a wealthy man, Hassan is the son of a servant who works forAmir's father. The two become best friends, though their positionsin society keep them separate in an inexplicable way.

When akite-flying contest comes to their little town in Afghanistan, Amirwitnesses something that he could have stopped from happening, and thispivotal event leads to the separation of the friends for more than twodecades.

Amir moves to America with his father and marries, buteventually he returns to the place he once called home - Afghanistan. Heis not, however, prepared for what happens to him when he gets there: asecret is revealed, a betrayal that he never thought could be true.

The kite that begins this story reappears for a heartwarmingending. The pages in between will keep you reading until you reach thelast page, the last sentence, the last word. I just couldn't putthe book down. I loved how Hosseini pulled in the reader withsuspenseful words, and his short sentences made the reader stop andthink about what might happen next.

I recommend The Kite Runnerto teens and up, since it contains some graphic words and the authordescribes everything so well that some of the more mature scenes arevery vivid. The Kite Runner is definitely a book that you shouldread. 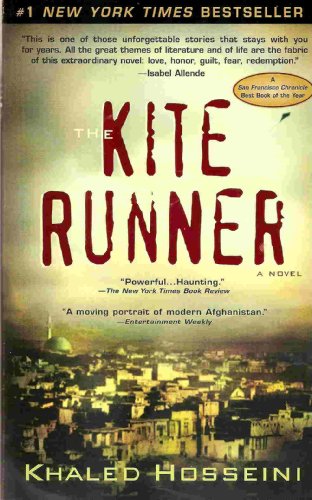 View profile
We read this for English class last year, it was a really dramatic book. Really great review too!