Candle in the Darkness | Teen Ink

Candle in the Darkness MAG

Can you imagine being one of the few people in the South before and during the Civil War who believed slaves should be free? When you read Candle in the Darkness, you grow with Caroline Fletcher from childhood to adulthood. You struggle with her as she tries to help the Union Army defeat the Confederacy. You are there as she falls in love with a soldier who believes slaves are no better than dogs. Lynn Austin creates characters who seem so real you feel as if you could walk down the road to Caroline's plantation.

Caroline, a wealthy Southern girl, grows up among slaves. She doesn't know what will become of her until one morning when Tessie, her own slave, wakes her up screaming. The slave wagon has taken Tessie's only son, Grady, with whom Caroline had spent every day. She then discovers the hatred growing within her own home between blacks and whites. With Grady gone, she feels lonely and sad.

As you read about the conflicts in Caroline's life, you learn what it takes to follow your own beliefs. As Caroline matures into a young woman, war spreads through the states, taking the ones she loves with it.

This book is perfect for cuddling up with at night. Lynn Austin combines love and history in one outstanding book. Anyone who enjoys historical fiction should pick it up. It will leave tracks in your heart. 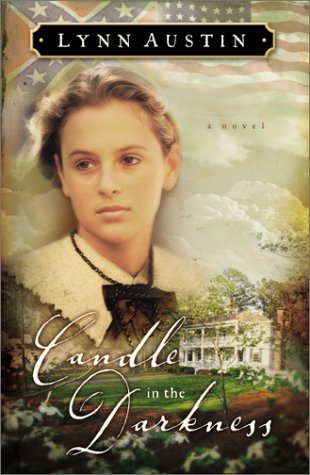